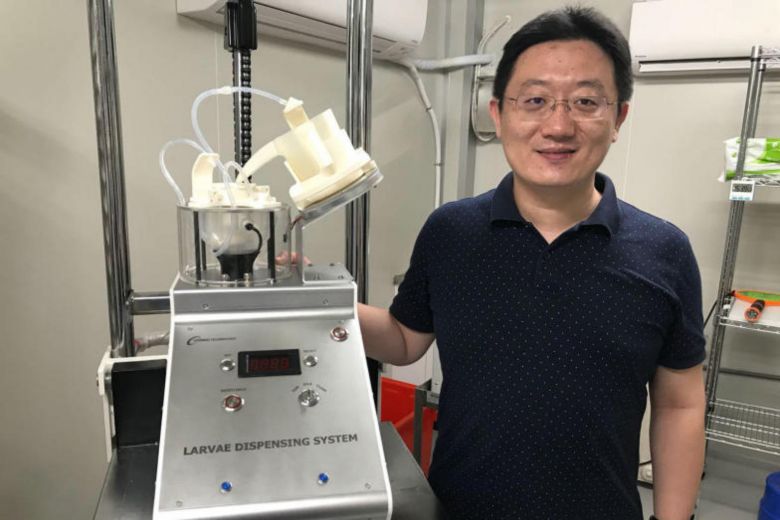 As part of an ongoing field study into curbing dengue transmissions in Singapore, local startup Orinno Technology has been working producing Aedes aegypti mosquitoes and infecting them with the Wolbachia bacteria so they cannot reproduce.

The startup created a device called the larvae counter, which counts mosquito larvae 30 times faster than previous manual methods. This has helped to increase the production rate and quality of male Wolbachia-Aedes mosquitoes reared for research.

In the study, male Aedes aegypti mosquitoes, which neither bite humans nor transmit disease, are artificially infected with Wolbachia bacteria.When they are released and mate with females which are not infected, the resulting eggs do not hatch.

Orinno Technology created the larvae counter in collaboration with the National Environment Agency's (NEA) Environmental Health Institute.It is working on two other devices with the institute - a pupae counter and dispenser, and an automated sex sorter that can separate male and female mosquitoes.

Similar field studies have been done in China, Australia and Thailand, but Singapore is the first to adopt its tools.