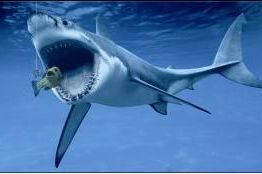 Singapore: New Zealand-based Ebos Group is going to buy Australia's pharmaceutical wholesaler and distributor, Symbion that is owned by the Zuellig Group. The $1.1 billion deal will help Symbion triple its annual revenue and will help it become a major player across Australia.

Ebos will pay $367 million in cash and $498 million in scrip, while taking on $230 million in net debt for Zuellig Healthcare Holdings. The agreement requires shareholder approvals and other conditions to be fulfilled at a special meeting in Christchurch on June 14, 2013. Zuellig will received a 40 percent stake of Ebos if the transaction completes. The transaction is expected to settle in early July.

Mr Mark Waller, MD, Ebos, said that, "The Symbion acquisition will be by far our most significant to date and the two businesses are totally complementary. We consider this necessary to achieve future growth."

Ebos's last major acquisition was at the end of 2011 when it branched out into veterinary products with a $105 million purchase of Masterpet. It's tacked on 18 new businesses in the past decade, including the PRNZ unit it bought from Zuellig in 2007 for $86 million.