Malaysia aims to be the best in healthcare: PM 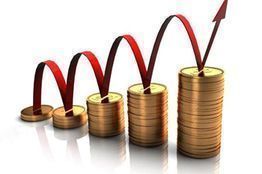 Singapore: According to a news report, Prime Minister Mr Datuk Seri Najib Razak has urged that Malaysia must soon become the best healthcare provider in the world.

He explained that the country's healthcare system was already rated as the third best provider of healthcare services in the world, in a study published by the American publication International Living, that involved 24 countries.

Mr Razak said that four new new projects under the national key economic area (NKEA) for healthcare have been implemented in Malaysia which would provide more comprehensive health services to the people and would boost the national economy.

The new projects aims to emphasize medical devices projects and focus on wellbeing of senior citizens. According to an index released by the Baltimore magazine, Malaysian healthcare system scored 95 out of 100 points. The top countries were France and Uruguay.

Mr Razak said that the country's healthcare division must focus on providing the best services at affordable costs which would make Malaysia top the list of healthcare service providers in the world.