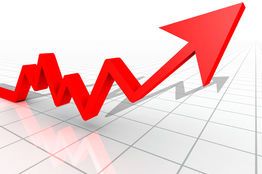 The majority of the medical devices currently produced in Malaysia belong to Class 1 non-invasive and Class 2 semi-invasive products, according to a report

Kuala Lumpur-based Dispo-Med, which manufactures Class 2 capnography equipment used to monitor the concentration of carbon dioxide in respiratory gases, expects its revenue to hit $3.60 million (RM11.5 million) in 2014 from $2.30 million (RM7.5million) this year. Besides capnography equipment, Dispo-Med also manufactures respitory care, anesthesiology and infusion therapy instruments under its Dispo-Med. "The overseas market in the United States and Australia contributes 95% of our revenue, while the domestic sector generates the remainder," Mr N C Leow, managing director, Dispo-Med, told a leading Malaysian publication. Leow added that the firm is currently exploring the possibility of providing OEM services for US-based medical device companies.

To tap into the US market, Dispo-Med will exhibit its new capnography equipment at the American Society Anesthesiology Exhibition in San Francisco in October and at the Medica Exhibition in Dusseldorf in November.

Precision component and electro-mechanical part manufacturer UWC Holdings is also emerging as an OEM for medical devices in the country. Group managing director Mr Datuk Ng Chai Eng said the projects included lifters and diffusion pumps. "We are working with US companies to design and develop lifters and produce diffusion pumps, which are Class A low-risk medical devices," Mr Datuk Ng Chai Eng told the publication. He added that UWC was also currently negotiating with a Finnish company to produce dental chairs.

According to the latest Association of Malaysian Medical Industries, or AMMI, report, the medical devices market in Malaysia is worth 1 percent of the total US market. The domestic consumption of medical devices is expected to grow by 50.4 percent to reach US$1.7 billion (RM5.2 billion) in 2015, from $1.13 billion (RM3.44 billion) in 2010, according to the report. This means the local market is growing at about 10 percent annually, with a domestic consumption of about $1.46 billion projected for 2013. "More than 85 percent of the medical devices in Malaysia are imported, mostly from the US. The majority of the medical devices currently produced in Malaysia belong to Class 1 non-invasive and Class 2 semi-invasive products." the report stated.