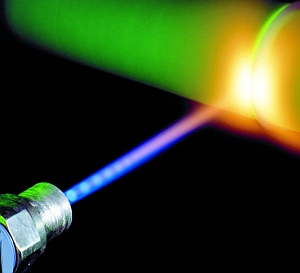 Singapore: Photonics, which recently received investments from Maxwell Biotech Venture Fund and RVC Seed Fund, has made its first sale of the stLase laser system to the global market under the brand name Alta. The company's development partner, Dental Photonics, is engaged in the commercialization of the product in the global market and is planning to sell the systems in South Korea, following its sucess in Japan. The system's design has won two prestigious international awards, including the iF Product Design Award in 2013 and 2012 Good Design.

StLase or Alta is a compact laser system designed for various procedures and treatments on the soft tissues. The system consists of the main console, equipped with a seven-inch interactive touch screen, and the applicable modules that can be attached to the side of the console. Advantages of the new laser system include its compactness, multi-function capabilities, ergonomics, and the relatively low cost. The device can also be used in cardiovascular surgery, surgery in obstetrics and gynecology, ENT, proctology as well as other medical fields.

Mr Alexander Vybornov, CEO, Dental Photonics, said that, "This laser system features best-in class medical technology created over several years of intense collaboration. The product's unprecedented precision, speed, safety and ease of use have been enthusiastically received by top key opinion leaders in the US."

Mr Alexey Teleshev, CEO, RVC Seed Fund, added that, "Photonics is a unique illustration of the global competitiveness of Russian technologies, developed in partnership with international experts. At the moment, the project has reached a major milestone and has started generating revenue as a result of the first sales in Russia and abroad."