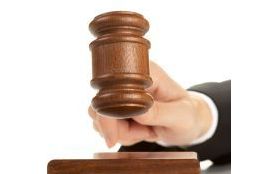 Singapore: US Court of Appeals for the Federal Circuit (CAFC) has lifted a temporary injunction against the US launch of Hanmi's 505(b)2 NDA esomeprazole strontium product.

AstraZeneca's CAFC appeal of claim construction from the US District Court for the District of New Jersey remains ongoing, with briefing to be completed by October 18, 2013, and oral argument scheduled in the next months.

If Hanmi were to launch its 505(b)2 NDA esomeprazole strontium product, depending on the outcome of the CAFC appeal, Hanmi's launch would be at risk of owing AstraZeneca patent-infringement damages.

AstraZeneca understands that Hanmi's 505(b)2 NDA esomeprazole strontium product is not AB-rated and is not automatically substitutable for Nexium.