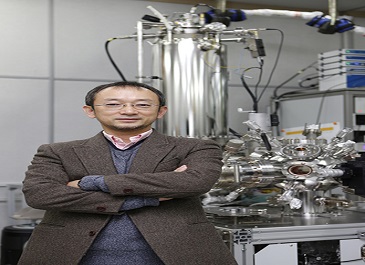 This year marks the 15th anniversary of the Korea Science Award. Three winners have been selected every two years since its inception in 1987. The winners receive prize money totaling 50 million KRW.

This award is presented by the Ministry of Science, ICT and Future Planning and the National Research Foundation of Korea to promote basic science research in Korea and encourage creative and innovative R&D activities. It recognizes scientists who produced outstanding research achievements by identifying the fundamental principles of natural science.

Professor Yeom is a distinguished scientist in the field of physics. He received his PhD in 1996 from the prestigious Tohoku University in Japan. He relocated to Korea and gained full professorship at POSTECH in 2000. A research team led by Professor Yeom recently observed the existence of chiral solitons on indium atonic wires. Chiral solitons are topological edge states in one-dimensional atomic chains that store and release a single electron. This discovery is expected to have future implications for developing single-electron information storage devices.

IBS has an illustrious history with the Korea Science Award. Five directors have previously won the award.