The award was given in a recognition of developing cenobamate (U.S. brand name: XCOPRI®) 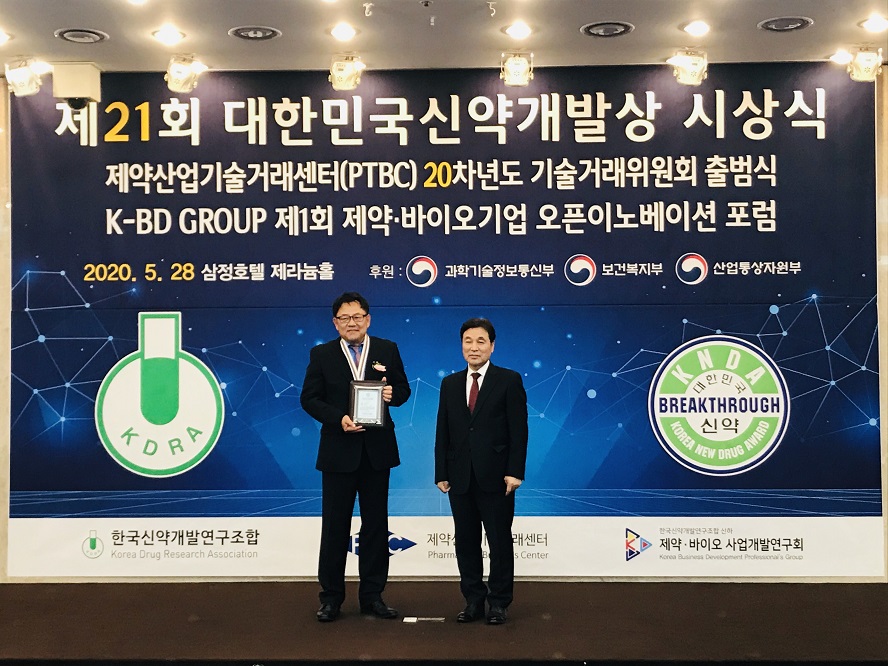 SK Biopharmaceuticals announced on 29 May 2020 that Jeong Woo Cho, President and CEO of SK Biopharmaceuticals, has received the Grand Prize in the category of new drug development at the 21st Korea New Drug Development Awards hosted by the Korea Drug Research Association on May 28 at Hotel Samjung located in Seoul. The award was given in a recognition of developing cenobamate (U.S. brand name: XCOPRI®), which was approved by the U.S. FDA in November 2019.

SK Biopharmaceuticals Co. has started taking investor orders for what is set to be South Korea’s largest initial public offering in three years