Under the newly signed contract, Exosome Plus will exclusively supply its high-efficiency exosome isolation kit ‘Exo2D' to Macrogen for one year. 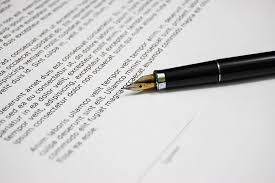 The precision medicine and biotechnology company Macrogen has announced on April 24 that it had signed a supply contract with Exosome Plus on April 19 to become the exclusive buyer of the exosome isolation kits developed by Exosome Plus. The two companies also signed an MOU for the joint development of exosome-based diagnostic and treatment solutions.

Under the newly signed contract, Exosome Plus will exclusively supply its high-efficiency exosome isolation kit ‘Exo2D' to Macrogen for one year. Also, according to the contract, Macrogen may sell the isolation kits to third parties.

Macrogen will use the isolation kits for its ‘exosomal RNA and DNA sequencing service’ a new high added value product that Macrogen offers to the research market. The use of isolation kits is expected to improve production efficiency and service stability. Macrogen also plans to sell the isolation kits across its domestic and global distribution network, creating additional profits.

In addition to the supply contract, the two companies also signed an MOU for mutual collaboration., Under the MOU, both companies agreed to work together closely for R&D and business development in the areas of exosome-based disease diagnosis and treatment. Specifically, the MOU covers: the development of exosome-based biomarkers for early diagnosis; the development of therapeutic agents; applied uses such as drug delivery carriers, vaccines, and cosmetics; cooperative education and training to foster the manpower necessary for the development of pharmaceuticals; and the joint use of infrastructure, including equipment and facilities.

Jong-Uk Bu, CEO of Exosome Plus, commented “Macrogen is a leader of the Korean exosomes market, with more than 1,000 different experiences analyzing exosomal RNA and DNA. The company has the technical expertise needed to provide high-quality nucleic acid analysis results using only trace amounts of exosomes.” He added, “Bringing together Exosome Plus high-purity exosome isolation technology and Macrogen's NGS analysis expertise will allow us to provide domestic and international researchers with more accurate and efficient services.”

Kap-Seok Yang, CEO of Macrogen, remarked, “Exosomes are an industry with huge potential, and their use is expanding rapidly into fields such as disease diagnosis and treatment, pharmaceuticals, and more.” He went on to say, “By strengthening our cooperative relations with Exosome Plus, a company which boasts unrivaled competitive power in the fields of exosome isolation and quality control—considered the greatest technical hurdles to exosome research—we will be able to begin our efforts in earnest to enter the exosome-based biopharmaceuticals market.”

Macrogen and Exosome Plus will also be participating in the 2019 meeting of the International Society for Extracellular Vesicles (ISEV) to be held in Kyoto, Japan from April 25 to 28. At the conference, the two companies will jointly present their exosome isolation and nucleic acid analysis technologies. Starting with the ISEV meeting, Macrogen and Exosome Plus will actively engage in joint marketing for the development of domestic and overseas markets.