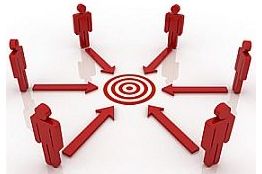 Singapore: In a bid to woo global researchers and improve the clinical trial landscape in the country, the Indian government has decided to relax rules and ease clinical trial procedures in India. The apex body to control clinical trials and drug quality issues, the Drug Controller General of India (DCGI), has amended some critical clauses, a move, that is expected to boost clinical trials in India.

The drug makers also need not take 'no objection certificate' from the DCGI in case of addition or deletion of new clinical trial site or investigator. The new rules were notified by the Central Drugs Standard Control Organisation (CDSCO) of India under Ministry of Health and family Welfare recently.

Dr G N Singh, Drug Controller General of India (DCGI), said that the decisions were taken over two meetings held with all stakeholders recently. "The idea is to create conducive environment for the pharma sector to enter swiftly into drug discovery and research phase," he added.

"It has been decided to revise the condition that no clinical trial shall be conducted at a hospital having less than 50 beds. It has further been decided that an Ethics Committee shall examine and decide whether the clinical trial site is suitable for trial or not, irrespective of the number of beds," said Dr Singh.

Dr Singh further highlighted that the relaxed norms will help India register its presence in the international market as it will give Indian scientists and doctors the much needed liberty. With relaxed norms we will give more research opportunities to our scientists, he said.

According to the Central Drugs Standard Control Organisation (CDSCO), around 65 trials were approved in 2008, whereas it jumped to 391 in 2009, and 500 in 2010. However, following the Supreme Court's intervention, the approvals dropped drastically from 2011 onwards, reported a leading daily.