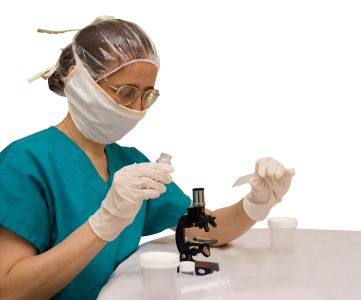 Singapore: Scientists at Australia's Queensland University of Technology (QUT) are hot on the trail of a genetic pathway that regulates ovarian cancer stem cells. The university is collaborating with India's National Center for Cell Sciences, based in Pune, for the project.

Ovarian cancer takes the lives of nearly 900 Australian women each year. It's called the silent killer because by the time most cases are detected, the cancer spreads to other vital organs throughout the abdominal area.

Dr Ying Dong, a research fellow in the School of Biomedical Sciences at QUT's Institute of Health and Biomedical Innovation (IHBI) said ovarian cancer was difficult to treat and fewer than 30 per cent of women survived after five years. She said 1,272 Australian women were diagnosed with ovarian cancer in 2009 and that number was expected to be 1640 in 2020, according to the Australian Institute of Health and Welfare.

Research by Dr Dong and Professor Judith Clements of the Cancer Research Program at the IHBI has shown that the secondary tumor cells of ovarian cancer are resistant to the current chemotherapy. "Surgery alone cannot remove all the tumor once it has spread to the other organs in the abdomen," Dr Dong said.

"The key to fighting this cancer could be to identify the molecular or gene pathways that regulate it, such as the stem cells. They are the cells that change and build resistance to the chemotherapy," said dr Dong.

Dr Dong added that QUT's research collaborator in India, Dr Sharmila Bapat, and her team were the first in the world to identify ovarian cancer stem cells and predict potential gene pathways using bioinformatic analysis. They will use the 3D-suspension model that Dr Dong developed to mimic the microenvironment of the metastatic tumour to study ovarian cancer cells' response to chemotherapy. Dr Dong will also use the model with cancer cells taken from patients with this tumor.

"Together, we will investigate the role of these pathways and test their potential as therapeutic targets," Dr Dong said. "We hope we will be able to help design more effective treatment for women with ovarian cancer with this knowledge."