India is on the path to UHC and will contribute effectively in sustaining UHC at the global level: Dr Harsh Vardhan 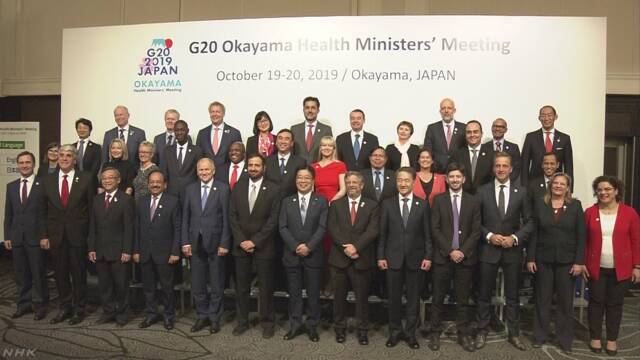 The deliberations of the G 20 Health Ministers focused on four major global health issues, namely (i) Achievement of Universal Health Coverage (ii) Response to population aging (iii) Management of health risks and health security management including Anti-Microbial Resistance (AMR) and its containment. Union Health Minister made specific interventions on all of them.

He conveyed to G20 countries the efforts done so far under National Programme for Health Care of Elderly to provide accessible, affordable, and high-quality long-term, comprehensive health care services to an ageing population.  In his intervention he also made a mention of public health measures to tackle Dementia.  He concluded his intervention by highlighting India’s commitment to ensure dignity with care for its elderly.

He also met Kim Yong Gan, Minister of Health, along with Singapore G20 delegation. The discussion centered around India’s “Eat Right Movement”. Singapore Delegation showed interest to carry it forward for their population.