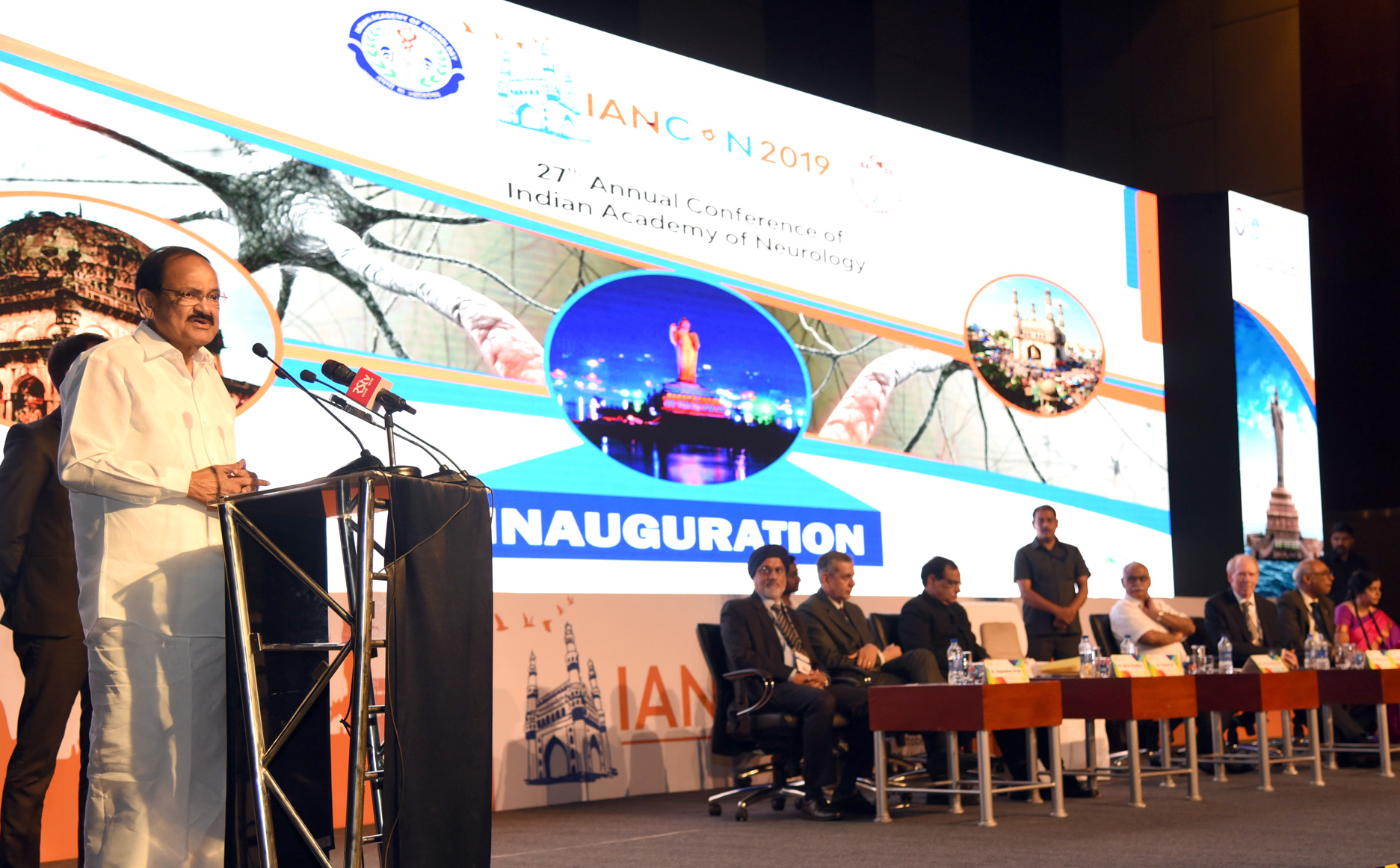 The Vice President of India, M. Venkaiah Naidu has asked the medical fraternity to take lead and launch an awareness campaign on the need to prevent non-communicable diseases like diabetes, hypertension and cancer, which are assuming disturbing proportions.

He wanted both private and public hospitals as well as individual doctors to visit nearby schools, colleges and community centres in their localities regularly and educate  the youngsters on the health hazards posed by modern lifestyles and the need to undertake regular physical activity and adopt healthy dietary habits.

Inaugurating the 27th Annual Conference of the Indian Academy of Neurology - IANCON 2019, in Hyderabad, India, Naidu said the country was facing the twin burden of some communicable diseases and NCDs, apart from glaring absence of adequate modern medical facilities in rural areas.

The Vice President also advised the governments and policy makers to give more incentives for setting up medical institutions in rural areas. The Central Governments and the States must provide a helping hand to private sector without compromising on standards. He also wanted the Medical Council of India to address the issue of increasing seats in neurology, while ensuring that the colleges strictly adhere to regulations.

Referring to neurological disorders, he said that India has a huge burden affecting all strata of society, both in rural and urban areas.

Expressing concern that every year at least 2 million people in India suffer from brain stroke resulting in long-term disability, including paralysis and other problems, the Vice President said there was an urgent need to educate the public to control their blood pressure, blood sugar levels and adopt a healthy lifestyle apart from providing treatment.

Naidu said that the burden of the neurological disease must be tackled by adopting a multi-pronged approach including augmenting seats in neurology and establishing more and more hospitals in the rural areas equipped with CT and MRI scans for early diagnosis of neurological disorders.

He also called for providing rehabilitation services in the rural areas along with training the family members in the rehabilitation process, so that they can take care of the disabled persons.

Observing that the health sector in India was facing the problems of inadequate public spend, low doctor-patient ratio, high share of out-of-pocket expenditure, inadequate infrastructure in rural areas including lack of penetration of health insurance and inadequate preventive mechanisms, the Vice President  opined that it was crucial  to address this huge gap in the supply of trained healthcare practitioners by opening more medical colleges and increasing the number of seats at both graduate and postgraduate levels.

To mitigate this crisis, we need to pay much more attention to Primary Healthcare, which is the first point of contact with any patient with the medical system.

More than 2000 delegates, including 15 international experts from the USA, UK, Australia, Austria, Portugal, Japan, and Italy attended the conference.