Naidu foresees India as wellness capital of the world 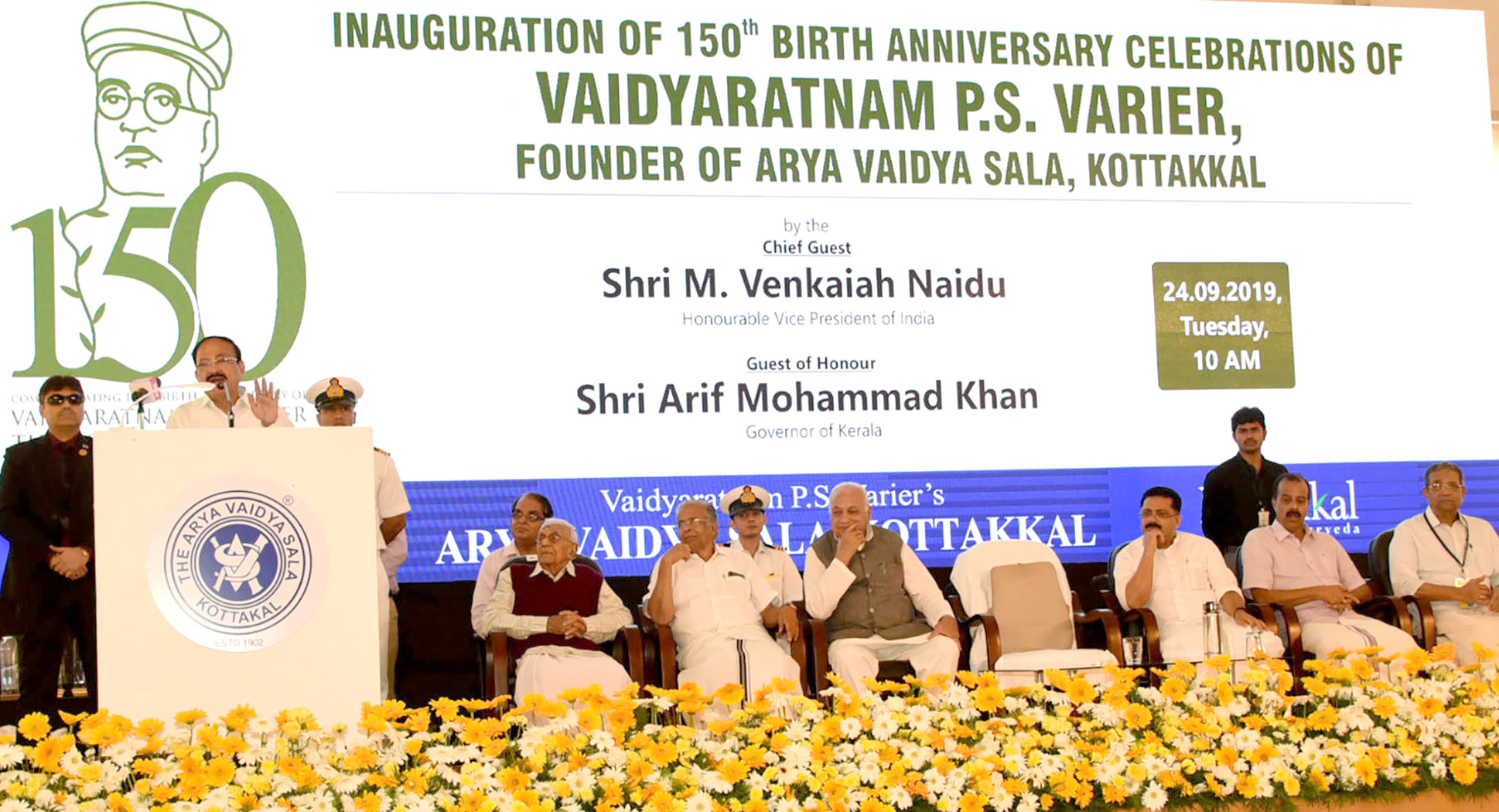 The Vice President of India, M. Venkaiah Naidu has called for making India a thriving hub for natural healing and wellness in the world.

Inaugurating the 150th Birth Anniversary Celebrations of Vaidyaratnam, P.S. Varier, at Kottakkal in Kerala, India he said “ I strongly believe that India has the capability to become the wellness capital of the world. It is home to centuries old traditional systems of medicine and wellness practices that not only foster physical health but also mental and spiritual wellbeing”.

Observing that from ancient times India had a very systematic, scientific and rationale approach to the treatment of diseases, he said “The Atharva Veda is a treasure trove of knowledge and wisdom in the field of medicine. It is lauded as the earliest source of medical information in India”, he added.

Referring to the important role played by Ayurveda since ancient times, he said that despite, the non-supportive political environment created by foreign rulers, Ayurveda survived, thrived and earned global recognition as a benign healthcare science with time-tested healing and wellness capabilities. “It is not just a system of medicine. It is also a philosophy of life,” he added.

The Vice President stressed that research in traditional systems of medicine must lead to evidence-based improvement in treatment protocols and help in producing medicines of excellent quality so that India becomes a thriving centre for natural healing and wellness in the world.

Expressing his concern over the disturbing trend of increasing incidence of non-communicable diseases such as diabetes, cancer and hypertension in India, he said there was an urgent need to shift focus from the treatment of these diseases to their prevention and general wellness.

He said that holistic and comprehensive approach adopted by Ayurveda could play an important role in treating chronic and lifestyle diseases. Naidu advised the youngsters to shun junk food and always remain physically fit.

While calling for promoting indigenous systems of medicine, he also stressed the need for integrating and harmonizing traditional systems like Ayurveda with the modern allopathic system for enhancing the efficacy of treatments.

“As a practicing science, the system of Ayurveda needs to be strengthened through research.  The ancient wisdom in this traditional system of medicine is still not exhaustively explored,” the Vice President said.

Observing that ancient system of medicine using herbs and plants exists all over the globe, the Vice President said there should be a regular exchange of information between nations to further strengthen healing protocols based on natural remedies.

Naidu said that the dialogue between natural healing practices of nations should be constantly nurtured so that knowledge does not stagnate and innovation happens constantly. However, any protocol or practice must be evidence-based.

Referring to the evolving technologies of Molecular Biology and DNA profiling, Naidu observed that exploration for new knowledge must happen constantly, especially in fields such as Ayurveda. He said that research in such areas would be helpful in learning more about plants and their properties.

He also paid rich compliments to P K Varier, the Managing Trustee and added that he was the shining example of good lifestyle and dietary practices.