India has particularly pressed China to open up its market for pharmaceuticals. There is widespread demand in China for Indian anticancer drugs which are often one-tenth the cost of the Western drugs that are available in China 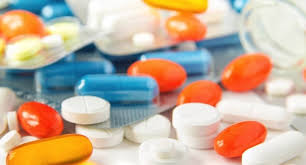 China and India have entered in an agreement to reduce tariffs and increase imports of Indian medicines, particularly anti-cancer drugs, part of moves to broaden its trade relations amid its on-going spat with the United States.

Both India and China slashed import tariffs of a range of products starting July 1, following the fourth round of negotiations under the Asia Pacific Trade Agreement (APTA), which also includes Bangladesh, Laos, South Korea and Sri Lanka.

China said it would reduce tariffs on 8549 items including chemical and agricultural products, while India would do likewise for 3142 products.

India has particularly pressed China to open up its market for pharmaceuticals, which was highlighted by Prime Minister Narendra Modi during the April 28 Wuhan Summit with President Xi.

The Chinese Foreign Ministry said on Monday that China and India had reached an agreement on reducing tariffs on Indian medicines, especially anti-cancer drugs. There is widespread demand in China for Indian anticancer drugs which are often one-tenth the cost of the Western drugs that are available in China.

Indian drugs, especially cancer curing medicines, are in big demand in China as they are far cheaper. About 4.3 million people are diagnosed with cancer annually in China. In May, China had lifted tariffs on the import of cancer drugs.

India has been demanding the opening of China's IT and medicine sectors as part of measures to reduce over USD 51 billion trade deficit in over USD 84 billion bilateral trade.

Both the sides have stepped up negotiation to import Indian rice, sugar and pharmaceuticals after a meeting between Prime Minister Narendra Modi and Chinese President Xi Jinping during the April 28 Wuhan informal summit.