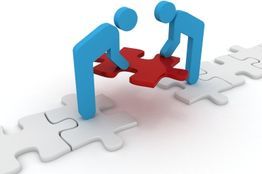 JenaValve said it plans to use the cash to fund clinical trials for its transfemoral TAVI device.

Singapore: Germany-based JenaValve has raised nearly $63 million for its transcatheter aortic valve implant and announced its plans to enter the Transcatheter Aortic Valve Implantation (TAVI) markets in the US and China.

JenaValve Technology said it plans to use a $62.5 million Series C round to expand its footprint in Europe and enter the transcatheter aortic heart implant markets in the US and China. The medical device company said the round was led by Gimv NV of Belgium and new investors Legend Capital (Beijing) and Omega Funds. Existing backers Edmond de Rothschild Investment Partners (Paris), Atlas Venture Fund, NeoMed Management, VI Partners AG and Sunstone Capital A/S also participated, according to a press release.

JenaValve said it plans to use the cash to fund clinical trials for its transfemoral TAVI device and expand its commercial base (a transapical TAVI model is already on the market in Europe). The company also said that "it plans to pursue clinical initiatives in the US as well as pursue regulatory approval for its TAVI product in China," according to the release.