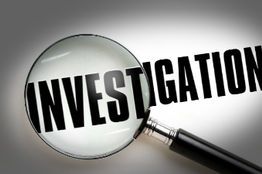 Now Bayer is under the scanner in China

Also read:
GSK China scandal: What have been the highlights?

Bayer, which has around 11,000 staff in Greater China and gets a records a quarter of its global revenue from the Asia Pacific region, said in a statement that, "We are taking the investigation seriously and are fully cooperating with the authority, In case of allegations or non-observance of the Bayer corporate compliance policy by employees, Bayer will investigate them thoroughly and take full responsibility for appropriate measures."

China's regulators have been probing numerous international and Chinese drugs firms, with investigations into the pharmaceutical sector spanning alleged corruption.

The Ministry of Public Security in China had in the month of July made its first detailed public disclosure of allegations against senior executives of GlaxoSmithKline in China, who were placed under criminal investigation for suspected bribery and tax violations.

The National Development and Reform Commission (NDRC) in China is currently investigating 60 foreign and local pharmaceutical firms over price-fixing.