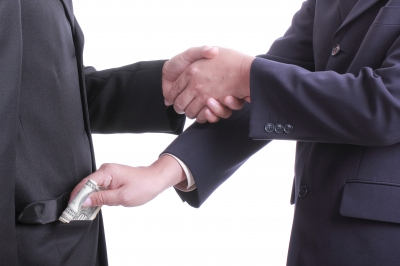 Singapore: Issuing a statement to the media confirming a probe at its Chinese offices, German drug giant Bayer has now said that it is cooperating with the authorities.

Bayer AG is the latest in the list of foreign drug makers to come under scrutiny in the country. In its press statement, the company confirmed that it was being investigated in China for possible unfair competition. "A local branch of the AIC (Administration for Industry and Commerce) visited one of our offices in China at the end of August to investigate a potential case of unfair competition. We are fully cooperating with the authority," the statement said.

While the statement did not disclose any more details of the exact nature of the probe or the list of offices that were probed, it said that it would thoroughly investigate the issue internally and take proper action against allegations made.

"In China as in other regions around the globe, it is our responsibility to base our business models on absolute integrity. At Bayer we have very strict compliance rules in place, which clearly forbid incompliant behavior of our employees," the company said in a statement.

The company that employs around 11,000 people in China at Hong Kong, Macau and Taiwan and China's business contributed 19.5 percent of the company's total revenue in the last fiscal. "Any business opportunity connected in any way with an activity that breaks the law, violates other regulations or contravenes good business practices is not acceptable to Bayer. In case of allegations of non-observance of the Bayer Corporate Compliance Policy by employees, Bayer will investigate them thoroughly and take full responsibility for appropriate measures," the statement clarified.

This is the latest in the series of investigations launched by China against foreign pharmaceutical multinational companies into alleged bribery and corruption scandals. Earlier this year, allegations were made against British drugmaker GlaxoSmithKline for using cash and sexual favors to bribe doctors and health officials to drive sales.

US drugmaker Eli Lilly and Co too came under the Chinese scanner after an unidentified whistleblower claimed that the company spent more than $4.9 million (30 million yuan) to bribe doctors in China. Swiss drugmaker Novartis AG and French company Sanofi SA too were investigated for having paid bribes to doctors to boost drug sales.

The National Development and Reform Commission (NDRC) in China is currently investigating 60 foreign and local pharmaceutical firms over price-fixing.