UN: Child deaths down by half since 1990 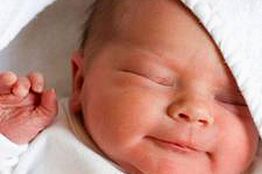 WHO says that despite the improvement in mortality rates, up to half of all newborn deaths occur within the first day

Singapore: In 2012, approximately 6.6 million children worldwide, died at the rate of 18,000 per day before reaching their fifth birthday, according to a new report released by UNICEF, WHO, the World Bank and the United Nations Department of Economic and Social Affairs/Population Division. This is roughly half the number of under-fives who died in 1990, when more than 12 million children were reported dead.

"This trend is a positive one. Millions of lives have been saved," said Mr Anthony Lake, executive director, UNICEF. "And we can still do better. Most of these deaths can be prevented, using simple steps that many countries have already put in place. What we need is a greater sense of urgency."

The leading causes of death among children aged less than five years, include pneumonia, prematurity, birth asphyxia, diarrhoea and malaria. Globally, about 45 percent of under-five deaths are linked to undernutrition. About half of under-five deaths occur in only five countries including China, Congo, India, Nigeria, and Pakistan. India (22 percent) and Nigeria (13 percent), together account for more than one-third of all deaths of children under the age of five.

"Care for mother and baby in the first 24 hours of any child's life is critical for the health and wellbeing of both," says Dr Margaret Chan, director general, WHO. "Up to half of all newborn deaths occur within the first day."

While the global average annual rate of reduction in under-five mortality accelerated from 1.2 percent a year for the period 1990-95 to 3.9 percent for 2005-12, it remains insufficient to reach Millennium Development Goal 4, which aims to reduce the under-five mortality rate by two-thirds between 1990 and 2015.

"Continued investments by countries to strengthen health systems are essential to ensure that all mothers and children can get the affordable, quality care they need to live healthy, productive lives," said Mr Keith Hansen, acting VP, Human Development, World Bank.