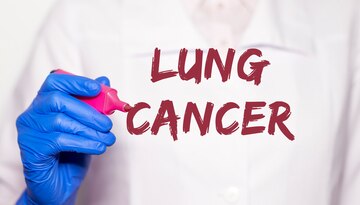 HANSIZHUANG had already been approved for the treatment of Microsatellite Instability-High (MSI-H) solid tumours, and it covers a wide variety of indications to benefit a broader population of patients.

Lung cancer is one of the most common cancers in the world, and it is the malignant tumour with the highest morbidity and mortality in China. According to the latest national cancer statistics released by the National Cancer Center, there are 828,000 new cases of lung cancer, with a total death toll of 657,000, in which NSCLC accounts for about 80% - 85% of all lung cancers, and about 50% of NSCLC patients are in local advanced stage that is not suitable for surgical resection or have metastasized at the time of diagnosis.

Wenjie Zhang, Chairman, Executive Director, and CEO of Henlius, said, “the approval marks that HANSIZHUANG steps into the clinical practice of lung cancer, benefiting patients with its world-class quality, and actively expands its presence. Lung cancer is a kind of cancer with high incidence in China and world, which has a huge demand for clinical treatment. Henlius has a sound indication plan in a diverse variety of lung cancer, in which many clinical studies are forging ahead. We will fully tap the potential of HANSIZHUANG and look forward to more positive study results to make further contributions in cancer treatment.”