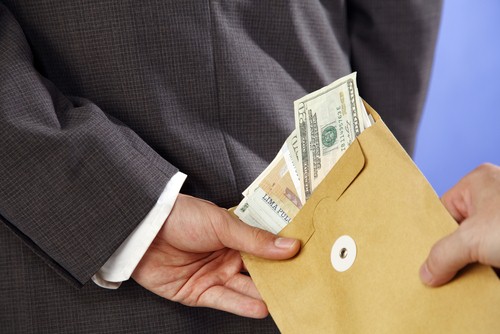 GSK used travel agencies, consultancies as means to bribe Chinese officials and doctors to illegally boost the sales prices of its medicines in China and police have found instances of 'sexual bribery' during investigations too

Singapore: The police in China have made it official that four senior Chinese executives of GlaxoSmithKline have been detained after investigations.

Announcing the list of proof gathered against the employees of the British drugmaker GlaxoSmithKline, the Economic Crimes Investigation Unit of the Ministry of Public Affairs in China held a news conference on July 15, 2013.

Claiming that GSK used travel agencies and consultancies as vehicles to bribe Chinese officials and doctors to illegally boost the sales prices of its medicines in China, Mr Gao Feng, head of the unit said that four executives have been detained.

Mr Feng added that investigations proved that since 2007, the company had transferred as much as $489 million to over 700 travel agencies and consultancies. He however did not clarify how much of this amount was spent on bribing officials and doctors. He pointed out that GSK was chiefly responsible for the bribes.

"We have sufficient reason to suspect that these transfers were conducted illegally. You could say the travel agencies and GSK were criminal partners," Mr Feng explained.

The Ministry of Public Security had announced last week that GSK executives had confessed to bribery and tax violations in the course of the probe. Mr Feng added that they found instances of 'sexual bribery' involving the company and 'clues of illegal activities' by other companies, but did not elaborate on the either. The formal charges would be announced after the preliminary investigations are completed.

GSK has stressed that they have not found any evidence of bribery or corruption in China, clarifying that they would cooperate with the authorities in all ways.