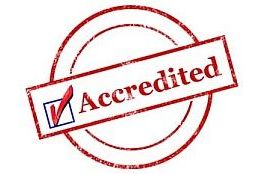 Singapore: China Cord Blood, the largest cord blood banking operator in China, announced that its Beijing subsidiary has been granted the AABB accreditation, for its excellence in providing cord blood processing and storage services. During May 2012, Beike Biotechnology became the first such bank in China to receive an AABB accreditation establishing that the level of performance at the facility was in accordance with the AABB standards or exceeded them.

As an indication of established quality system and proven track record, the AABB conducts an Accreditation Program which follows an intensive on-site assessment by specially trained AABB assessors and establishes that the level of technical and administrative performance within the facility meets or exceeds the standards set by AABB.

"We are very pleased to receive the AABB Accreditation," said Ms Ting Zheng, CEO, China Cord Blood. "It demonstrates our consistent commitment of advanced learning, continuous improvement, and innovation to sustain top level of quality and safety. Today, our effort has been recognized and validated."

AABB's Accreditation Program contributes to the quality and safety of collecting, processing, testing, distributing and administering blood and cellular therapy products, as well as assessing the quality and operational systems in place within a facility.

Ms Zheng concluded, "Voluntarily participating in AABB's Accreditation Program signals our commitment to achieve quality and our dedication to offer excellent quality assurance to the society that we serve."