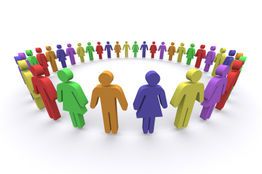 Singapore: Sinovac Biotech, a leading provider of biopharmaceutical products in China, held its 2012 annual general meeting of shareholders on Wednesday, August 22, 2012. The required quorum, a majority of the common shares outstanding, was voted by proxy. The meeting was held concurrently at No 39, Shangdi Xi Road, Haidian District, Beijing, China, and at No 6, Temple Street, St John's, Antigua.

During the meeting, four proposals that required the affirmative vote of a majority of the shares cast, were approved. These proposals included, re-election of all the directors, approval of the audited consolidated financial statements for financial year ending December 31, 2011, confirming the selection of Ernst & Young as independent auditor, and approval of the 2012 share incentive plan.

However, proposal No 5 relating to amending sections 7.5 of the company's by-laws, which requires the affirmative vote of a majority of common shares outstanding, was not approved.