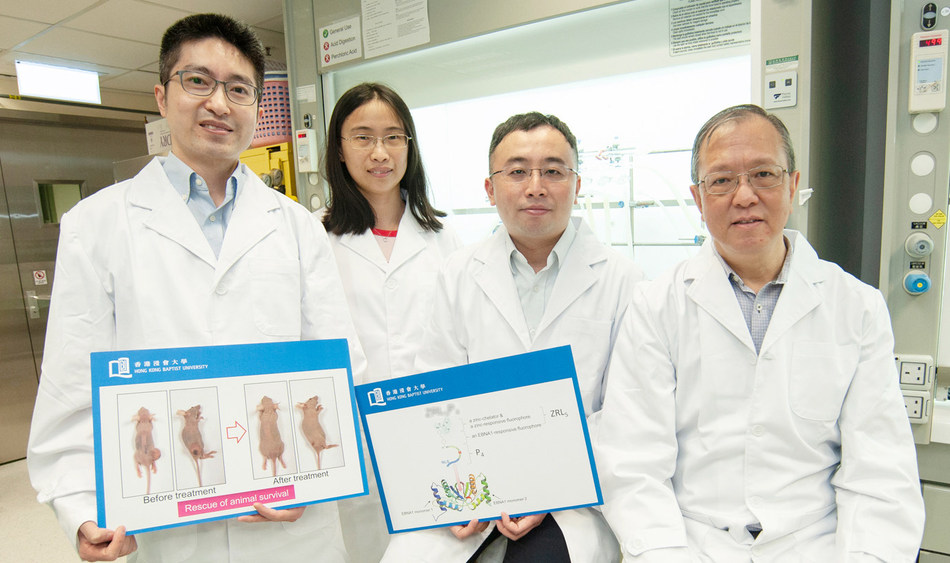 A research team led by Hong Kong Baptist University (HKBU) has developed a novel anti-Epstein-Barr virus (EBV) drug that can selectively disrupt a viral protein produced by EBV, leading to the shrinkage of tumours caused by the virus. It is the first known agent to successfully target the virus and disturb its latency in tumour cells in this way.

The strategy of reactivation of EBV from its latency is a new trend in nasopharyngeal carcinoma (NPC) therapy, and some non-specific, anti-viral drugs have recently entered phase one or phase two clinical trials. The new drug represents the first specific targeted agent to disrupt a single viral protein and to potently reactivate EBV from its latency. These research results were published in the international journal Proceedings of the National Academy of Sciences.

Patents have been filed for the new drug and its previous generation. Based on these patents, HKBU researchers have established a HKBU spin-off company, called BP InnoMed Limited, with startup support from the Technology Start-up Support Scheme for Universities, and the new company aims to further develop the drug and carry out clinical trials.