3SBio to merge with Decade Sunshine 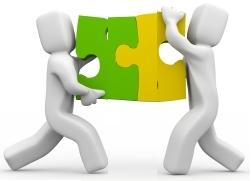 Singapore: China-based 3SBio entered into an agreement and plan-of-merger with Decade Sunshine, an exempted company with limited liability incorporated under the laws of the Cayman Islands, and Decade Sunshine Merger Sub, a direct wholly owned subsidiary of the parent company.

Pursuant to the terms of the merger agreement each of the 3SBio's (company's) ordinary shares (including those represented by American Depositary Shares (ADSs) each representing seven shares) that have been issued and outstanding immediately prior to the effective time of the merger will be cancelled in exchange for the right to receive $2.20 in cash per share or $15.40 per ADS without interest.

The per share consideration of $2.20 or per ADS consideration of $15.40, represents a premium of approximately 32.9 percent over the closing price on September 11, 2012. It also reperesents a 33.4 percent premium over the 30-trading day volume-weighted average closing price on September 11, 2012. This was the last trading day prior to the company's announcement on September 12, 2012 that it had received a "going private" proposal from Dr Jing Lou , chairman and chief executive officer of 3SBio, and CPEChina Fund, a China-focused private equity fund associated with CITIC Private Equity Funds Management. Collectively, the consortium shares owned by the buyer group represent approximately 18.1 percent of the company's total issued and outstanding share capital.

The parent firm intends to finance the merger through a combination of debt, equity and cash in the company. It has entered into a facility agreement pursuant to which China CITIC Bank has agreed to provide debt financing for the transaction. CITIC PE has provided equity commitment. Dr Jing Lou and CITIC PE each entered into a limited guaranty in favor of the company.

The company's board of directors, acting upon the unanimous recommendation of an independent committee formed by the board, approved the merger agreement and resolved to recommend that the company's shareholders vote to approve and authorize the agreement and the merger. The independent committee, which is composed solely of independent directors unrelated to parent, merger sub or any of the management members of the company, negotiated the terms of the merger agreement with the assistance of its legal and financial advisors.

The merger contemplated in the agreement, which is currently expected to close during the second quarter of 2013, is subject to various closing conditions, including the approval by an affirmative vote of shareholders representing two-thirds or more of the company's ordinary shares present and voting in person or by proxy as a single class at an extraordinary general meeting of the company's shareholders convened to consider the approval and adoption of the agreement and the merger, as well as certain other customary closing conditions. Dr Jing Lou and the other rollover shareholders have agreed under a voting agreement to vote all the consortium shares in favor of the merger. If completed, the merger will result in the company becoming a privately-held company and its ADSs would no longer be listed on the NASDAQ global market.