One compound to kill all known malarial strains 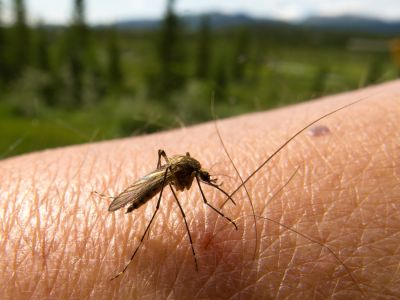 The compound can block transmission of the parasite from person to person. Photo: Bigstock

Singapore: A recently discovered compound from the aminopyridine class could be a potential single-dose cure for all strains of malaria. The compound might also be able to block transmission of the parasite from person to person, according to a research collaboration involving the Medicines for Malaria Venture (MMV), based in Switzerland, and the Drug Discovery and Development Centre (H3-D) at the University of Cape Town, South Africa.

On the basis of initial results, the compound, MMV390048, was selected by MMV for further development, making it the first compound researched on African soil to enter preclinical development in partnership with MMV.

The aminopyridine series was initially identified by Griffith University scientists in Australia as part of MMV's extensive malaria screening campaign of around six million compounds. A team of scientists from H3-D, led by UCT Professor Kelly Chibale, scrutinised and explored the antimalarial potential of the series. With parasitological, pharmacological and contract chemistry support from the Swiss Tropical and Public Health Institute (Switzerland), the Centre for Drug Candidate Optimization at Monash University (Australia) and Syngene (India) respectively, the H3-D team selected the most promising compounds from the series to be optimized and retested.

In just 18 months, the team had identified and developed a candidate suitable for preclinical development. "We are very excited that this promising compound, researched by African scientists, has been selected by MMV for further development," said Professor Chibale, founder and director of H3-D. "Our team is hopeful that the compound will emerge from rigorous testing as an extremely effective medicine for malaria, a disease that accounts for 24 percent of total child deaths in subSaharan Africa."

Dr Tim Wells, MMV's Chief Scientific Officer, said: "This is a great achievement and an excellent example of the quality of research that can be fostered in Africa. We look forward to seeing more exciting compounds emerge from Kelly's team and are proud to be collaborating with H3-D; not only is it conducting excellent science today, but it is also providing world-class training for the next generation of African scientists."