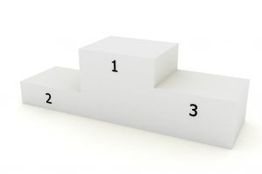 Singapore: According to the Organisation for Economic Co-operation and Development's (OECD) directorate for Science, Technology and Industry statistics (updated until December 2011), Australia is ranked sixth in the world for the number of biotech companies. However, the figures indicate that the island nation is placed considerably down-the-ladder in terms of R&D spending.

The OECD statistics pointed out that there were 527 biotechnology firms in Australia. This placed the country sixth in the world ranking, behind the US (6213 firms), Spain (1715 firms), France (1481 firms), Korea (885 firms) and Germany (678 firms). However, the latest available data on the number of firms in Australia was only from 2006, while that of the US were from 2009 and all other four-of-the-six top ranking country's were from 2011.

In terms of spending, Australia (with figures from 2010) was behind in terms of outlays on R&D. It was ranked 19-out-of-27 in terms of millions of dollars spent.