The Australian government is supporting Australians living with type 1 diabetes 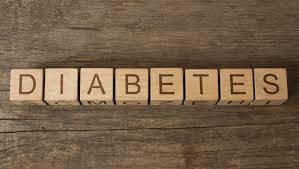 The Australian Government is changing the lives for the 130,000 Australians living with type 1 diabetes by subsidising access to the next generation of Omnipod insulin pumps from December 1.

The Omnipod DASH Insulin Management system includes a waterproof adhesive pod which delivers insulin to the patient, alongside a touchscreen device to program and control the pod.  The pods are disposable and replaced every three days.

The Government is subsidising the disposable pods through the National Diabetes Services Scheme (NDSS) at community pharmacies.   General patients will pay a maximum co-pay of just $29.30 per month, with concession card holders paying $22.20 per month.

The Government is adding the touchscreen device to the Prostheses List, making it available to patients for free through their private health insurance.

Australians without private health insurance will be able to access the touchscreen device through a subscription fee to the device maker Insulet.

Previously patients were paying over $400 per month for the pod and touchscreen device.