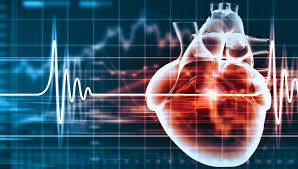 The announcement includes a $10 million commitment over four years and more than $20 million in partner contributions for the Australian Stroke and Heart Research Accelerator (ASHRA), led by a collaborative of academic partners including Monash University.

This investment, the biggest in history for cardiovascular disease from the MRFF scheme, is in addition to $17.5 million in Victorian Higher Education State Investment Fund (VHESIF) funding announced in September to launch the Monash University HeartLabs accelerator, enhancing Monash’s growing reputation as a hub for world-leading cardiovascular innovation.

This investment will fund a range of activities in the Monash cardiovascular innovation ecosystem, including two commercial-ready projects at different stages of the innovation pipeline.

Professor Peter Currie and Associate Professor Mikael Martino will receive more than half a million dollars to investigate the potential of novel cellular therapies and tissue engineering to prevent heart damage following ischemic injury, to reduce scarring and prevent the onset of heart failure.