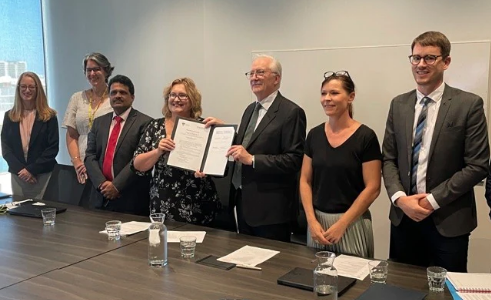 The health-themed partnership has grown organically from collaborations between health researchers at the two institutions, which have most recently focused on preventing the next global pandemic.

Dr Michael Walsh, from the Faculty of Medicine and Health, is leading several research projects to advance surveillance capabilities and training in India to prevent zoonotic and vector-borne infectious diseases threats spreading to humans, particularly in high population areas.

His recent research revealed south and southeast Asia as well as Sub-Saharan Africa have the most cities at greatest risk of being the starting point of the next pandemic.

In the future, the partnership will explore opportunities for student exchange as well as academic workshops to identify new areas for research collaboration.