The device Stentrode™ has been implanted successfully in two patients 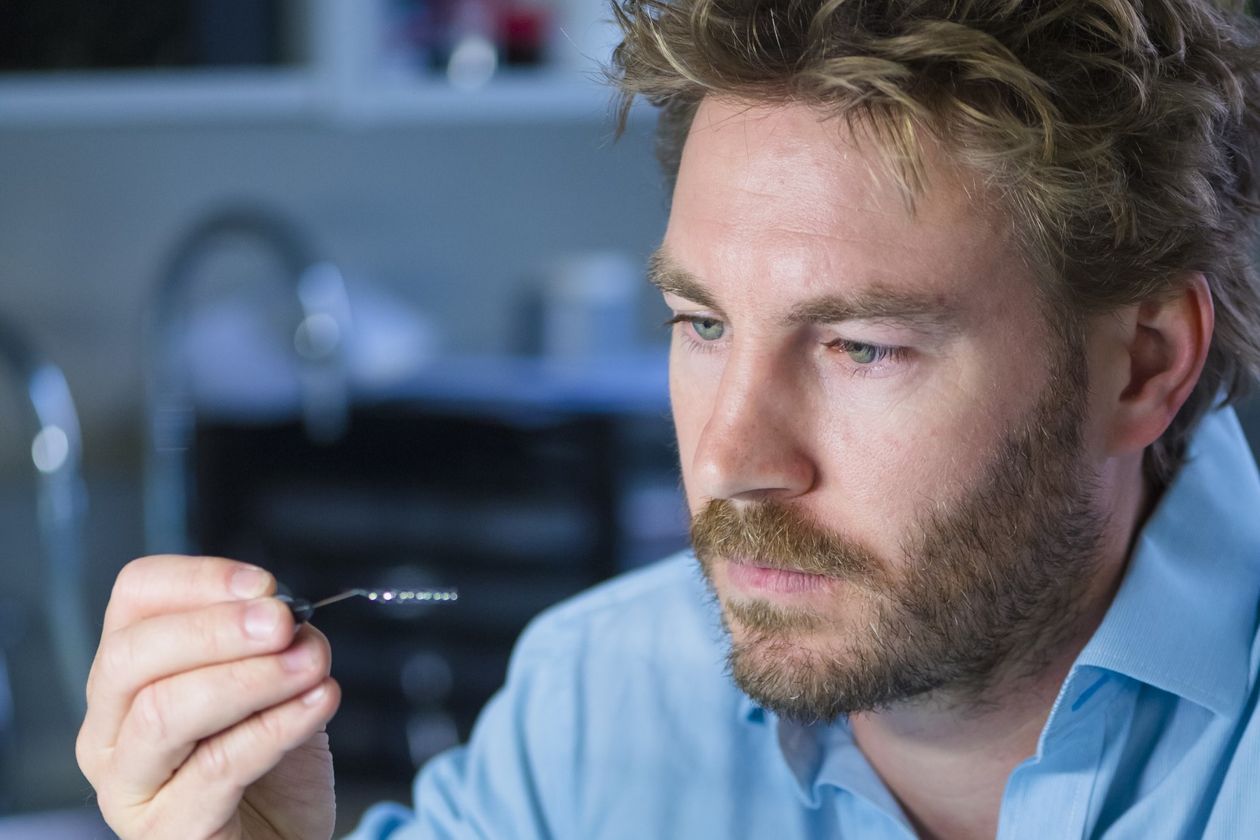 A tiny device the size of a small paperclip has been shown to help patients with upper limb paralysis to text, email and even shop online in the first human trial.

The device, Stentrode™, has been implanted successfully in two patients, who both suffer from severe paralysis due to motor neuron disease (MND) – also known amyotrophic lateral sclerosis (ALS) – and neither had complete ability to move their upper limbs.

Published in the Journal of NeuroInterventional Surgery, the results found the Stentrode™ was able to wirelessly restore the transmission of brain impulses out of the body. This enabled the patients to successfully complete daily tasks such as online banking, shopping and texting, which previously had not been available to them.

The Royal Melbourne Hospital’s Professor Peter Mitchell, Neurointervention Service Director and principal investigator on the trial, said the findings were promising and demonstrate the device can be safely implanted and used within the patients.

Professor Mitchell implanted the device on the study participants through their blood vessels, next to the brain’s motor cortex, in a procedure involving a small ‘keyhole’ incision in the neck.

Neurointerventionalist and CEO of Synchron – the research commercial partner – Associate Professor Thomas Oxley, said this was a breakthrough moment for the field of brain-computer interfaces.

University of Melbourne Associate Professor Nicholas Opie, co-head of the Vascular Bionics Laboratory at the University and founding chief technology officer of Synchron said the developments were exciting and the patients involved had a level of freedom restored in their lives.

The trial recently received a $AU1.48 million grant from the Australian commonwealth government to expand the trial to hospitals in New South Wales and Queensland, with hopes to enrol more patients.