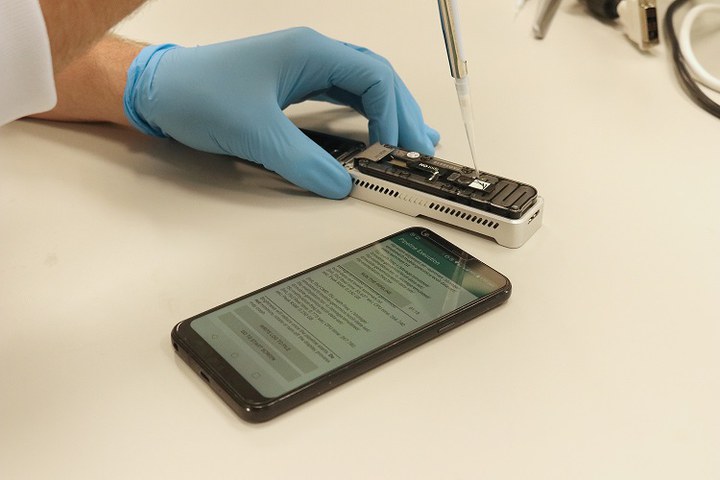 A new mobile app has made it possible to analyse the genome of the SARS-CoV-2 virus on a smartphone in less than half an hour.

The app Genopo, developed by the Australia based Garvan Institute of Medical Research, in collaboration with the University of Peradeniya in Sri Lanka, makes genomics more accessible to remote or under-resourced regions, as well as the hospital bedside.

“Not everyone has access to the high-power computing resources that are required for DNA and RNA analysis, but most people have access to a smartphone,” says co-senior author Dr Ira Deveson, who heads the Genomic Technologies Group at Garvan’s Kinghorn Centre for Clinical Genomics.

The researchers tested Genopo on the raw sequencing data of virus samples isolated from nine Sydney patients infected with SARS-CoV-2, which involved extracting and amplifying the virus RNA from a swab sample, sequencing the amplified DNA with a MinION device and analysing the data on a smartphone. The researchers tested their app on different Android devices, including models from Nokia, Huawei, LG and Sony.

The Genopo app took an average 27 minutes to determine the complete SARS-CoV-2 genome sequence from the raw data, which the researchers say opens the possibility to do genomic analysis at the point of care, in real time.

The researchers also showed that Genopo can be used to profile DNA methylation – a modification which changes gene activity – in a sample of the human genome.