The existing biopsy technique, the standard across the world, can only be used on the strongest embryos, meaning many embryos are never DNA tested. 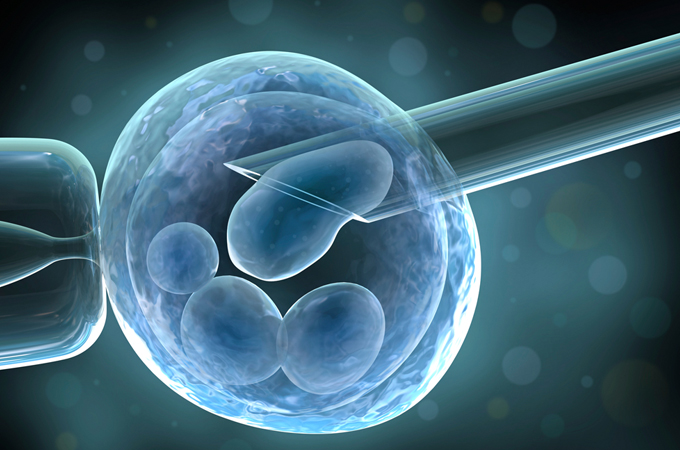 A new revolutionary non-invasive embryo screening test will reduce miscarriages and the time it takes to achieve a healthy live birth for the one-in-six Australian couples affected by infertility.

In a world-first scientific breakthrough, Australia's leading fertility scientists have developed an embryo DNA screening test that is non-invasive and will be available to more patients at a lower cost.

The existing biopsy technique, the standard across the world, can only be used on the strongest embryos, meaning many embryos are never DNA tested. Embryos that do not contain the correct amount of chromosome pairs often result in miscarriage or a child born with a genetic abnormality. That risk increases rapidly when a woman gets older. Genetic testing allows those embryos to be identified before they are transferred back to the womb.

Monash IVF Group Medical Director Luk Rombauts said it's an exciting development for patients -- particularly those at a higher risk of miscarriage or failed pregnancy.

"This has long been the holy grail for genetic testing as many embryos were not strong enough for a biopsy," says Professor Rombauts.

"The current practice of pre-implantation genetic screening of embryos has seen improvements in pregnancy rates, but we felt there was a better way of screening that could be applied to more embryos."

"Older patients who would benefit the most were missing out because most or all of their embryos were not suitable for the embryo biopsy -- with this new breakthrough these embryos can be screened, improving their chance of successful pregnancy."

The new test -- developed by Monash IVF Group -- is non-invasive, allowing clinicians to perform the screening on embryos that were previously assessed as not strong enough for biopsy, but may still result in a healthy baby.

Professor Rombauts said the key advantages of the new test are that it can be performed on more embryos for those patients that really need it, at a lower cost and without the need for an invasive surgical embryo biopsy.

Monash IVF Group scientists found that as the embryo cells grow and divide, they secrete DNA into the culture medium in which they are growing. This sample can then be tested for abnormalities in chromosomes.

"Without IVF many Australian families would simply not exist," says Professor Michelle Lane, who led the development of the test.

"But for some it can be a lengthy and emotional journey."

"This is a fantastic outcome for reproductive research in Australia which is set to help more people in Australia become parents for the first time."

"Monash IVF Group created Australia's first IVF pregnancy and will now make genetic testing more accessible to many Australians with a test that will help IVF patients achieve the birth of a healthy baby more quickly."

The AU$495 test is available from today. It has been validated over two years via two clinical trials.

Monash IVF Group is a leading provider of fertility care, specialist women's imaging and diagnostic services in Australia and Malaysia. The Group continues to invest a significant amount of money into research and is a driving force in the development of assisted reproductive technologies. Monash IVF Group has many Australian and world firsts since the early work of our pioneers who achieved the first IVF pregnancy in the world in 1973.