Professor Borody has now developed and patented a new investigational triple antibiotic therapy to combat the infection believed to cause CAD. 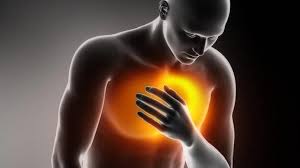 Cadrock Pty Ltd, which owns an investigational prevention and treatment therapy for coronary artery disease (CAD), has secured a $5 million seed investment from a Chinese investor to fund clinical trials.

Cadrock is potentially disrupting the entire heart-care sector by proposing CAD is caused by bacterial infection.

Cadrock data is backed by a clinical trial treating CAD as an infection with an antibiotic therapy in London, UK, which demonstrated a 36% reduction in Major Cardiac Events (MCEs) (STAMINA).

"Where there is inflammation, look for infection," says Professor Borody, who is well known globally for discovering the cure for the peptic ulcer bacterial infection, using a triple antibiotic therapy.

Professor Borody has now developed and patented a new investigational triple antibiotic therapy to combat the infection believed to cause CAD.

"The Cadrock therapy is targeting the $35 billion CAD market and is the only therapy focused on the cause of CAD rather than suspected risk factors," said Professor Borody.

Professor Borody is most famous for discovering the triple antibiotic therapy for peptic ulcers in 1985, after Nobel Prize recipients Barry Marshall and Robin Warren discovered infection as the cause.

Professor Borody said, "CAD heart disease and stroke are the world's biggest killers with around 15 million deaths in 2015. In the US alone heart disease is the leading cause of death for both men and women - 610,000 people die of heart disease in the United States annually.

In China, about 230 million or 1/5 people have cardiovascular disease.

Statins form part of the first line treatment of CAD but reduce Major Cardiac Events (MCEs) in preventative studies by as little as 0.2-0.6%.