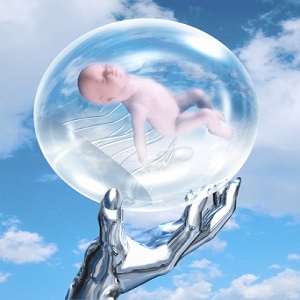 Facebook, Apple said that the move aims at solving gender imbalance in their workplace

Singapore: US tech giants Apple and Facebook has recently announced employee health plans, allowing their women staff to cryopreserve their eggs. The companies will cover up $20,000 in costs, typically enough to pay for two rounds of egg harvesting.

Along with cryopreservation and egg storage, Apple has also declared extended maternity leave policy and education reimbursements for all class of employees and subsidized student loan refinancing.

Facebook too competing neck to neck with Apple has offering adoption, surrogacy assistance and a host of other fertility services for male and female employees. Facebook has also announced $4000 baby cash to new parents.

The recent move is in line with the growing trend to offer more employee perks in Silicon Valley companies, which will eventually help in recruiting more staff. A typical round of egg freezing costs about $10,000, with $500 or more in fees each year for storage. Two rounds are usually necessary to harvest about 20 eggs, which is considered ideal.

However, many fertility doctors and health experts are skeptical regarding the procedure. They commented that the method is not hundred percent foolproof and in a way the move is encouraging women to prioritize work during their prime child-bearing years.

Mr Glenn Cohen, faculty director at Harvard Law School's Petrie-Flom Center for Health Law Policy, observed, "Facebook or Apple must aim at creating an environment where young mothers can thrive and be successful."

Though the move by tech giants have received mixed views, Apple and Google have said that this would help in rectifying the gender imbalance and retaining women workforce.