Report: Google is among major health IT investors 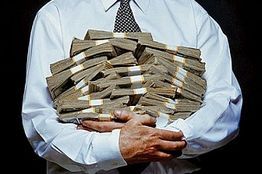 Bangalore: Mercom Capital Group, a global communications and consulting firm, released its report on funding and mergers and acquisitions (M&A) activity for the Healthcare IT (HIT) sector during the first quarter of 2013. Venture capital (VC) funding in the HIT sector continued to gain momentum in another record quarter with $493 million raised. There were 104 funding deals in this quarter compared to 51 in the previous quarter. There were also 42 early stage deals this quarter compared to 14 in Q4 2012.

"The trend we began to see last year of VCs investing in consumer-focused companies like mobile health, telehealth, personal health, social health, and scheduling, rating & shopping has become much more pronounced" commented Mr Raj Prabhu, CEO, Mercom Capital Group. "The enormous market opportunity in consumer-focused health has appeared to pique the interest of investors and is likely to continue to grow as witnessed by the surge in VC activity."

The top 5 VC funding deals in Q1 2013 was led by the $41 million raise by Health Catalyst, a provider of healthcare data warehousing. That was followed by $40 million raised by xG Health Solutions, a spinoff of Geisinger Health System that offers population health data analytics and patient and population-focused care management. NantHealth, a company focused on delivering next-generation care through the use of advanced secure fiber networks, cloud computing and wireless mobile technology, raised $31 million. Rounding out the top 5, was Fitbit, a fitness and health tracker company, and One Medical Group, a provider of online primary care services, which both raised $30 million.

There were 46 M&A transactions this quarter. Health Information Management (HIM) companies attracted the most acquirers with 22 transactions, followed closely by service providers with 11 acquisitions. The largest disclosed transaction was athenahealth's acquisition of Epocrates, a mobile health company developing point-of-care medical applications, for $293 million, followed by Allscripts' acquisition of dbMotion, an Israeli developer of a service oriented architecture-based interoperability platform that enables healthcare organizations and health information exchanges (HIE) to integrate and leverage their information assets, for $235 million, followed by JLL Partners' acquisition of BioClinica, a provider of clinical trial management solutions, for $123 million.