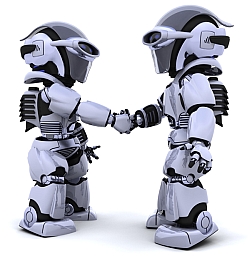 Singapore: Italy-headquartered Health Robotics has signed two long-term contract extensions of its exclusive partnership with Tosho, a Japanese company, for the development of some robotic devices in the healthcare sector. It includes a substantial expansion of Tosho's control over the robotic software and hardware components of Health Robotics' developed medical devices, and the technology transfer of Sterile Compounding Robot manufacturing to Japan.

"Now that we have gathered sufficient technical and market expertise with Health Robotics' developed products, the time has come to give Japanese customers what they have been requesting for so long: a local IV Robot manufacturer that can continue our proud robotics traditions, and especially the cultural affinity of the Japanese market for the use of robotics. This represents a tremendous competitive advantage for Tosho and Health Robotics in Japan over the alternative of importing foreign-manufactured IV robots," said Mr Yoshihito Omura, CEO, Tosho.

Health Robotics' global expansion and long-term renewal of its exclusive partnership with Tosho will put to rest the company's need for an Asia-Pacific factory.

"These expanded contracts represent a win-win scenario for both Health Robotics and Tosho, which was necessary due to the global expansion of Health Robotics to over 300 installations, the company achieving 80 percent global market share of all IV robots installed, and the need for alternate manufacturing locations to cope with its projected growth over the next decade," said Mr Gaspar DeViedma, executive vice president and board member, Health Robotics. "Additionally, ceding control to Tosho over Japanese' made IV consumables already supported by our Robots (such as Terumo, Hikari, and Otsuka needles, IV Bags, syringes, and IV Bottles) will result in a competitive advantage for both Health Robotics and Tosho."

Health Robotics is also searching for an additional factory and final-assembly location in the US or Canada.