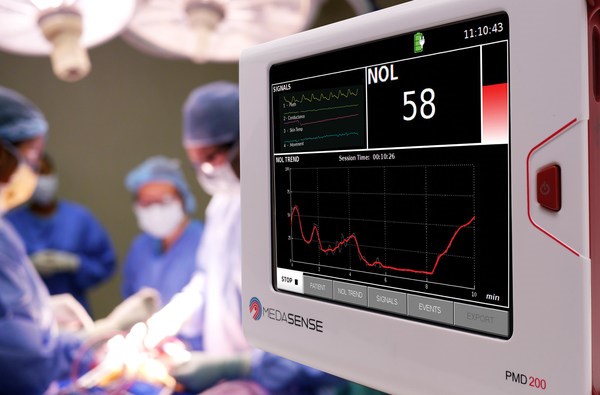 NOL monitoring provides a reliable index to objectively detect and quantify noxious stimuli during anesthesia, when patients can't communicate, guiding the clinical team in tailored opioid dosing for each patient. Earlier studies have shown that the NOL index outperforms other indexes for monitoring of pain response to surgical stimuli and that NOL-guided analgesia resulted in reduced intraoperative opioid consumption, leading to fewer intraoperative hypotensive events.

The new study published in the British Journal of Anaesthesia (BJA), followed 50 patients undergoing elective abdominal surgery in a two-center randomized controlled trial. The patients were randomly divided so that one group received NOL-guided analgesia dosing during the surgery and the control group received analgesics according to the standard of care (based on hemodynamic monitoring). The study showed that while there was no increase in overall dosing in the NOL-guided group, the patients in that group reported less pain in the first 90 minutes compared to the control arm.

In addition, stress hormone levels (ACTH and cortisol) were on average up to 50% lower in the NOL-guided group, which clinically aligns with the lower pain response levels in those patients during surgery.