The IMbrave150 study combination immunotherapy, with the PD-L1 inhibitor atezolizumab and the VEGF inhibitor bevacizumab, has proven positive results by enhancing the potential of the immune system to combat Hepatocellular Carcinoma (HCC) among Asian patients 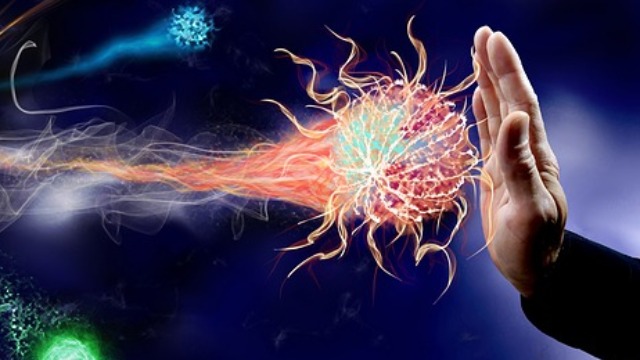 Liver cancer is the fourth most common cancer among men and affects approximately 24 individuals in every 100,000 people a year. Globally, it is the fourth leading cause of cancer-related deaths. Approximately 72 percent of all global liver cancer cases are diagnosed in Asia, making it commonly referred to as an Asian liver disease. Hepatocellular Carcinoma (HCC), the primary type of liver cancer, which accounts for 90 percent of liver cancer cases, is the most common form of liver cancer, but the prognosis contains few systemic therapeutic options with a 1-year survival rate of less than 50 percent following diagnosis.

For the first time in a decade, a new class of treatment i.e. combination immunotherapy, with the PD-L1 inhibitor atezolizumab and the VEGF inhibitor bevacizumab, has proven positive results by enhancing the potential of the immune system to combat HCC. The latest Phase III trial of this combination immunotherapy, also known as the IMbrave150 study, presents a significant breakthrough seminal research in enhancing overall survival and progression-free survival in people with unresectable HCC compared to sorafenib, the current standard of care. This pivotal data was presented in the Presidential session at the European Society for Medical Oncology (ESMO) Asia Congress 2019, which was held in Singapore.

This trial result is a significant milestone as there have been no validated superior treatment outcomes for HCC since 2007.  The open-label study of 501 people with unresectable HCC further showed a reduced risk of death by 42 percent and the risk of cancer progression by 41 percent compared to sorafenib. Given its significant positive outcomes, the IMbrave150 study data has been submitted to health authorities globally, and will be submitted to the Health Sciences Authority (HSA) of Singapore as well for approvals, so as to improve the survival of HCC patients.

Safety for the combination of atezolizumab and bevacizumab was consistent with the known safety profiles of the individual medicines, and generally well tolerated. Patients who were on the combination also took longer to show deterioration in their Quality of Life, compared to those who were given the Tyrosine kinase Inhibitor, sorafenib.

Commenting on the new data, Professor Pierce Chow, Senior Consultant, Division of Surgery and Surgical Oncology, National Cancer Centre Singapore said, “While surgical resection and (and transplantation in selected cases) still offers the best chance of cure in early stage HCC, outcomes of surgery in intermediate state HCC has been less than satisfactory.  This is because there has been no efficacious systemic therapy that can function as useful adjuvant therapy. Recurrences after resection in intermediate stage HCC remains high and limit survival. The impressive results of the IMbrave150 trial offer the possibility that efficacious adjuvant therapy might be possible.  Efficacious adjuvant therapy will significantly extend the indications of surgery and increase the proportions of patient who can be potentially cured by surgery.  In addition, we are beginning to see significant down-staging of patients with advanced HCC treated with immunotherapy such that they have become resectable and we have surgically resected such cases with curative intent. I think we are witnessing a new era in the management of HCC and we look forward to significantly better clinical outcomes in patients with HCC.”

Results of previous studies have shown that risk factors for HCC include alcohol consumption, aflatoxin, cigarette smoking and dietary factors. Another main risk factor is viral hepatitis – in East Asia alone, the hepatitis B virus is estimated to have infected between five and 10 per cent of the population. Associate Professor Toh Han Chong, Senior Consultant, Division of Medical Oncology and Deputy Medical Director (Strategic Partnerships), National Cancer Centre Singapore, who was one of the site investigators, said, “Every year 750,000 people worldwide are diagnosed with HCC, the majority of whom are in Asia. Hence, it is very timely that the landmark study confirms that this combination therapy can potentially improve survival in advanced liver cancer.”

Roche’s Commitment to Further Investigate the Role of Immunotherapy in Patients with Liver Cancer Roche has multiple clinical trials for HCC patients, with some of the studies also being present in Singapore in National Cancer Centre Singapore and National University Hospital. Dr. Sivabalan Sivanesan, Medical Director of Roche Singapore added, “As a leading provider of cancer care in the world, Roche is committed to bringing innovative products to address the unmet needs of patients. Understanding the significant prevalence of liver disease in the region, we ensured that Asian patients were greatly represented in the study, and we are pleased to be partnering with the leading institutions in Singapore to conduct our studies.”