Part of the ongoing, global Phase I ARROW trial that is designed to evaluate the overall response rate (ORR), duration of response, pharmacokinetics, pharmacodynamics and safety of BLU-667 in patients with RET-altered non-small cell lung cancer (NSCLC), medullary thyroid cancer (MTC) and other advanced solid tumors 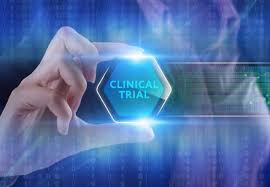 CStone Pharmaceuticals, on 13 August 2019, announced the dosing of the first patient in China for the Phase I registrational study of BLU-667, which was discovered by the company's partner Blueprint Medicines. This clinical trial is a part of the ongoing, global Phase I ARROW trial that is designed to evaluate the overall response rate (ORR), duration of response, pharmacokinetics, pharmacodynamics and safety of BLU-667 in patients with RET-altered non-small cell lung cancer (NSCLC), medullary thyroid cancer (MTC) and other advanced solid tumours.

Among all malignant tumours, lung cancer has the highest incidence and mortality rates in the world. Due to heightened risk factors such as pollution and the prevalence of smoking in China, there are approximately 730,000 new cases of lung cancer and 610,000 lung cancer-related deaths reported in China each year. NSCLC accounts for 80-85% of all lung cancers and RET fusions occur in approximately 1-2% of all NSCLC cases. Both platinum-based chemotherapy, the standard first-line treatment for RET-fusion NSCLC, and the second-line treatment of cytotoxic drugs or immune checkpoint inhibitor-based monotherapies offer limited efficacy. As a result, patients experience significant physical and psychological burdens and a lower quality of life.

BLU-667 is an orally available, highly selective and potent RET inhibitor. In June 2018, CStone obtained exclusive rights from Blueprint Medicines to develop and commercialize three therapeutic candidates, including BLU-667, in Mainland China, Hong Kong, Macau and Taiwan. Blueprint Medicines retains development and commercial rights to the three therapeutic candidates in the rest of the world.

In June 2019, Blueprint Medicines reported updated results from the ARROW clinical trial. BLU-667 showed durable anti-tumour activity regardless of RET-altered tumour type and was well-tolerated. As of the data cutoff date of April 28, 2019:

Dr Frank Jiang, Chairman and CEO of CStone, commented: "In China, lung cancer has the highest incidence rate and mortality rate among all malignancies. BLU-667 is an agent with great potential, and it could address the existing treatment gap for RET-fusion NSCLC and other RET-altered tumours in this country. I am pleased that through our dedicated efforts, we have successfully carried out the dosing of the first patient in China as a part of the ongoing, global registrational study."

"Precision medicines such as BLU-667 may be highly effective in treating genomically defined cancers and bring significant clinical benefit to patients. The global ARROW study has thus far produced promising clinical data. I am confident that with CStone's effective execution, we can efficiently accelerate this clinical trial in China so that Chinese patients with RET-altered tumours can access this therapy as soon as possible," noted Dr Jason Yang, CStone's Chief Medical Officer.