The HBV pipeline is heavily weighted towards small molecules and vaccines, which make up almost 60% of the drugs currently under development. 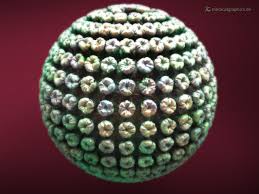 Within the next ten years, up to six new drugs are projected to be approved for the treatment of chronic hepatitis B virus (HBV) infections in the eight major markets (8MM*), according to GlobalData, a leading data and analytics company. The HBV pipeline is heavily weighted towards small molecules and vaccines, which make up almost 60% of the drugs currently under development.

The company’s latest report: ‘Hepatitis B: Competitive Landscape to 2027’ finds that Asia-Pacific leads in HBV clinical trials, with 263 ongoing trials and China has the most drugs in the pipeline. Due to the high prevalence of chronic HBV in China, multiple companies are developing therapies specifically targeted at this market.

Philipp Rosenbaum, PhD, Pharma Analyst at GlobalData says: “Despite the existence of prophylactic vaccines, hepatitis B remains a global public health threat, with approximately 257 million people worldwide living with chronic HBV. There is no cure for chronic HBV infections, but recent success in the cure of hepatitis C has re-energized the field. The HBV pipeline is highly active, with 176 products in all stages of development, and 85% of those drugs are in early stages.”

GlobalData’s report also finds that there is only one drug in Phase III in the 8MM, Jiangsu Hansoh Pharmaceutical’s HS-10234, which targets the HBV DNA polymerase to inhibit viral replication. Five other drugs, the majority for oral administration, are in Phase II and projected to receive regulatory approval within the next ten years. Among them is Assembly Biosciences’ ABIH-0731, which received a Fast Track designation from the FDA, HEC Pharm’s GLS-4, and Johnson & Johnson’s JNJ-6379, which both target the HBV capsid, Ionis’ IONIS-HBVLRx, an antisense oligonucleotide in clinical trials in China and Japan, and Gilead’s GS-9688, a toll like receptor 8 (TLR-8) agonist.

Gilead Sciences is the only company that has a solid presence in HBV with its brands Viread and Vemlidy, as well as a strong pipeline featuring 36 active clinical trials.

Rosenbaum adds: “GlobalData’s primary and secondary research have identified a high unmet need in the finite duration of treatment with oral therapies. These drugs suppress the infection rather than eradicate it, so a new therapy that could enhance the control of the virus and long-term viral suppression would be highly advantageous.”