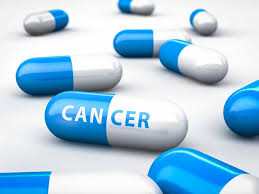 Growing scientific evidence supports liquid biopsy as a valuable tool for monitoring treatment response in patients with cancer. A new retrospective clinical research study showing comparable results between liquid and tissue biopsy in advanced non-small cell lung cancer (NSCLC) demonstrates the clinical utility of liquid biopsy for monitoring patients' response to treatment. Data from the study will be presented at the European Association for Cancer Research (EACR) Joint Conference on Liquid Biopsies in Bergamo, Italy from May 15-17.

Researchers from the University Hospital Basel, the University of Porto and the Hospital of Sao Joao looked at matched tissue and liquid biopsies from 159 NSCLC patients. Among 94 of the patients who had concurrent next-generation sequencing (NGS) analysis at diagnosis, 88 percent presented the same clinically relevant mutations in tissue and plasma samples. While concordance was extremely high when liquid biopsy was conducted immediately after the initial tissue biopsy, the researchers observed it dropped to 72 percent when plasma NGS analysis was performed at later stages. The researchers believe the divergence results from genetic drift caused by the development of new mutations during treatment.

"It can take several weeks to months to observe visible signs of relapse when you're monitoring for disease progression using radiological scan. In contrast, multiple studies have highlighted that liquid biopsy can identify genetic markers associated with resistance to treatment even before clinical signs manifest," said co-author Luca Quagliata, PhD, global head of medical affairs for clinical NGS and oncology, Thermo Fisher Scientific. "Following that direction, our results show that liquid biopsy NGS can provide early insights on tumor progression, thus offering a powerful tool for non-invasive longitudinal cancer monitoring to guide the care team on the best course of treatment moving forward."

In addition, the researchers detected clinically relevant mutations – including EGFR, ALK and BRAF mutations – that were not present in the initial tissue biopsy in 29 of the plasma samples (equal to 45 percent of tested patients). Overall, they detected variants of known clinical impact in nine different target genes, supporting the value of broader molecular analysis through NGS to increase the detection of relevant mutations.

"Liquid biopsy testing can better recapitulate the heterogeneity of cancer and this is particularly relevant in patients with multiple metastatic localizations," said Nicola Normanno, MD, director of cell biology and biotherapy at INT-Fondazione, Pascale, Naples who is not associated with the study. "We use liquid biopsy testing to monitor response to therapy in our daily clinical practice. By using this approach, we provide more personalized therapies to patients treated with targeted agents. This study is yet another valuable example highlighting the potential of using liquid biopsy in routine practice."