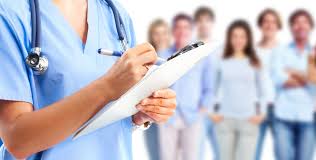 AstraZeneca announced positive results from the phase III ASCEND trial of Calquence (acalabrutinib) in previously-treated patients with chronic lymphocytic leukaemia (CLL). Results showed a statistically-significant and clinically-meaningful improvement in progression-free survival (PFS) with Calquence monotherapy compared to a combination regimen of rituximab plus physician’s choice of idelalisib or bendamustine. Importantly, the safety and tolerability of Calquence was consistent with the known profile.

Within AstraZeneca’s robust development programme for Calquence, ASCEND is the first of two phase III CLL trials expected to read out in 2019. The second is ELEVATE-TN (ACE-CL-007) in treatment-naïve, front-line CLL. Calquence is currently approved for the treatment of adults with relapsed or refractory mantle cell lymphoma (MCL) in the US, Brazil, the UAE, and Qatar, and is being developed for the treatment of CLL and other blood cancers.

ASCEND (ACE-CL-309) is a global, randomised, multicentre, open-label Phase III trial evaluating the efficacy of Calquence in previously-treated patients with CLL. In the trial, 310 patients were randomised (1:1) into two groups. Patients in the first group received Calquence monotherapy (100mg twice daily until disease progression). Patients in the second group received rituximab plus physician’s choice of idelalisib or bendamustine.

The primary endpoint is PFS assessed by an independent review committee (IRC), and key secondary endpoints include physician-assessed PFS, IRC- and physician-assessed overall response rate and duration of response, as well as overall survival, patient reported outcomes and time to next treatment (TTNT).

Calquence (acalabrutinib) was granted accelerated approval by the US Food and Drug Administration (FDA) in October 2017 for the treatment of adult patients with MCL who have received at least one prior therapy. Continued approval for this indication may be contingent upon verification and description of clinical benefit in confirmatory trials

As part of an extensive clinical development programme, AstraZeneca and Acerta Pharma are currently evaluating Calquence in 26 clinical trials that are company-sponsored. Calquence is being developed for the treatment of multiple B-cell blood cancers including CLL, MCL, diffuse large B-cell lymphoma, Waldenstrom macroglobulinaemia, follicular lymphoma, and multiple myeloma and other haematologic malignancies. Several Phase III clinical trials in CLL are ongoing, including ASCEND, ELEVATE-TN, ELEVATE-RR (ACE-CL-006) evaluating Calquence vs. ibrutinib in previously-treated CLL and ACE-CL-311 evaluating Calquence in combination with venetoclax and obinutuzumab in previously-untreated fit patients with CLL.

Chronic lymphocytic leukaemia (CLL) is the most common type of leukaemia in adults. In the US, it accounts for approximately one in four new cases of leukaemia, with the average age at the time of diagnosis being approximately 70 years of age. In CLL, too many blood stem cells in the bone marrow become abnormal lymphocytes and these abnormal cells have difficulty fighting infections. As the number of abnormal cells grows there is less room for healthy white blood cells, red blood cells and platelets. This could result in anaemia, infection and bleeding. B-cell receptor signalling through BTK is one of the essential growth pathways for CLL.