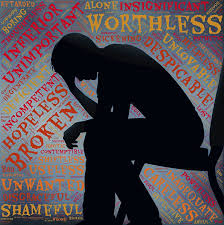 ACADIA Pharmaceuticals, a biopharmaceutical company focused on the development and commercialization of innovative medicines to address unmet medical needs in central nervous system (CNS) disorders, has announced the initiation of Phase 3 CLARITY-2 study and plans to initiate the Phase 3 CLARITY-3 study in the upcoming months. These studies will evaluate the efficacy and safety of pimavanserin as adjunctive treatment in patients with major depressive disorder (MDD) who have an inadequate response to standard antidepressant therapy with either a selective serotonin reuptake inhibitor (SSRI) or a serotonin-norepinephrine reuptake inhibitor (SNRI). Pimavanserin is a selective serotonin inverse agonist preferentially targeting 5-HT2A receptors, which may play a role in depression.

“We are pleased to announce the initiation of the Phase 3 CLARITY program. The results observed in the original Phase 2 CLARITY study showed significant promise for patients with MDD, including a significant antidepressant response, improvement in disability, decreased daytime sleepiness, no meaningful weight gain, and improved sexual function,” said Serge Stankovic, M.D., M.S.P.H., ACADIA’s President. “We believe pimavanserin has the potential to be a very important treatment option for the millions of MDD patients where there remains an unmet medical need. Based on feedback we received from the U.S. FDA, if we’re successful in the Phase 3 program, we plan to use the Phase 2 CLARITY study and positive study results from at least one of these two Phase 3 studies to support a supplemental NDA submission.”

About CLARITY-2 and CLARITY-3

CLARITY-2 and CLARITY-3 are both 6-week, parallel-designed, randomized, double-blind, placebo-controlled, multicenter studies designed to evaluate the efficacy and safety of pimavanserin as adjunctive treatment in patients with MDD who have an inadequate response to standard antidepressant therapy with either an SSRI or an SNRI. CLARITY-2 will enroll approximately 280 patients in the U.S. and CLARITY-3 will enroll approximately 280 patients internationally. Patients in both studies will be randomized to receive six weeks of oral treatment with either 34 mg of pimavanserin or placebo, once daily, in addition to their ongoing antidepressant. The primary endpoint in both studies is the change from baseline on the 17-item Hamilton Depression Rating Scale (HAMD-17) total score.

Patients who complete the CLARITY-2 or CLARITY-3 studies will be eligible to participate in a 52-week open-label extension study to evaluate the long-term safety and tolerability of pimavanserin.

CLARITY was a Phase 2, 10-week, randomized, double-blind, placebo-controlled, multi-center, 2-stage sequential parallel comparison design study that evaluated the safety, tolerability, and efficacy of pimavanserin (34 mg once daily) as an adjunctive treatment in patients with MDD who had an inadequate response to a stable dose of standard antidepressant therapy with either a SSRI or a SNRI. The study was conducted in collaboration with the MGH Clinical Trials Network & Institute and randomized 207 patients across 28 clinical research centers in the U.S.

According to the National Institute of Mental Health, MDD affects approximately 16 million adults in the U.S. with approximately 2.5 million adults treated with adjunctive therapy. MDD is a condition characterized by depressive symptoms such as a depressed mood or a loss of interest or pleasure in daily activities for more than two weeks, as well as impaired social, occupational or other important functioning. The majority of people who suffer from MDD do not respond adequately to initial antidepressant therapy.