Inflammatory bowel disease (IBD) including UC and Crohn's disease is a chronic recurrent disease with an unknown cause. At present, several treatments for the disease have been approved, including biological agents such as anti-TNF, anti-IL-12/23, which have improved the IBD therapeutic landscape. However, there is still a considerable unmet clinical need for patients suffering from high recurrence and complex clinical manifestations of IBD. 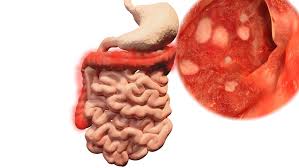 Reistone Biopharma Company Limited, a clinical stage biopharmaceutical company headquartered in Shanghai has announced the US FDA approval of IND for phase II clinical trial to investigate the efficacy and safety of selective Janus Kinase 1 inhibitor (JAK1) in moderate to severe ulcerative colitis (UC) in the United States. The approval is a first step to enable the initiation of the clinical program in China, the United States and several European countries simultaneously.

Reistone's oral JAK1 inhibitor, SHR0302, is a China developed molecule licensed-in from Jiangsu Hengrui Medicine Co Ltd (Hengrui), a leading pharmaceutical healthcare company in China, and also Reistone's investor. Reistone owns the global rights for the SHR0302 oral formulation in the area of autoimmune disease, except rheumatoid arthritis. UC remains a chronic debilitating disease that severely affects the patient's quality of life. It is estimated at least 2 million people suffer from ulcerative colitis globally. Despite recent advancement in UC treatment, there are still unmet medical needs in this area. In 2016, the global UC market is estimated at about $5 billion US dollars.

Dr. Min Irwin, CEO and Co-Founder of the company, said, "Millions of people suffer from UC and many have recurrent and relapsing diseases that severely affect their life. Reistone is committed to bringing this innovative drug developed in China to the world. The FDA IND approval of SHR0302 in the United States for phase II clinical development is an important starting point for Reistone, which demonstrates our capability to design and manage global clinical studies in collaboration with top global medical experts.

Inflammatory bowel disease (IBD) including UC and Crohn's disease is a chronic recurrent disease with an unknown cause. At present, several treatments for the disease have been approved, including biological agents such as anti-TNF, anti-IL-12/23, which have improved the IBD therapeutic landscape. However, there is still a considerable unmet clinical need for patients suffering from high recurrence and complex clinical manifestations of IBD.

JAK inhibitors function by interfering the JAK-STAT signaling pathway via blocking the Janus Kinase enzyme family which includes JAK1, JAK2, JAK3 and TYK2. Studies have shown that JAK1 inhibitors positively contribute to the effectiveness of anti-inflammatory therapies. However, the currently available pan-JAK inhibitors can also inhibit JAK2 kinase, which causes the unwanted side-effect of lowering hemoglobin, lymphocyte and neutrophil counts. Therefore, a highly selective JAK1 inhibitor may have an improved safety profile while maintaining anti-inflammatory effect. Selective JAK1 inhibitor is likely to become a benchmark for the new generation of JAK inhibitors in the future.

Reistone Biopharma Company Limited was founded in January 2018 and operates in Shanghai and Beijing, China and Boston, USA. It is a new biopharmaceutical company focused on the development of innovative drugs to meet the needs of global patients. Reistone cooperates with leading pharmaceutical companies in China, such as Hengrui, to introduce Chinese innovations to help patients across the world. Reistone also actively looks to partner with other R&D based global pharma companies to license or co-develop innovative products by leveraging its highly recognized clinical development capability. At present, the company focuses on the global development of drugs for autoimmune diseases and expects to have multiple autoimmune drugs entering the clinical stage in the near future.

Dr. Min Irwin, co-founder and CEO of the company, has more than 20 years of experience in clinical development and management of multinational pharmaceutical companies, and was formerly a venture partner at Qiming Venture Capital. During the early stages of her career, Dr. Irwin had led several global clinical trials, before taking up executive positions within Bayer, GlaxoSmithKline and Takeda as VP, head of clinical development and medical affairs in China and AP. Under Dr. Irwin leadership, over 20 new drugs and indications in China and Canada were successfully approved. At Reistone, Dr. Irwin leads a globally experienced team with rich international expertise in clinical development of transformative drugs with the collective aim of developing emerging treatments to provide maximum clinical value and benefit to patients.