US CRO to test tobacco in Beijing's E-Town 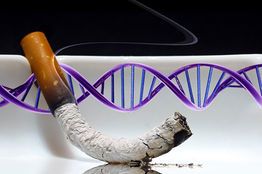 Singapore: US-based contract research organization (CRO), iPhase Pharma Service (IPS), which has been formed by a group of US pharma and contract service professionals, said that they are expanding in Beijing E-Town.

The company is expanding its laboratory services to include tobacco smoke and nicotine exposure testing in Beijing E-Town.

Founded in 2008 by Dr Liu Hongjun, IPS is a triple A-rated industrial park and the only laboratory that won a Certificate of Accreditation by the Institute for Global Tobacco Control of the Johns Hopkins University for nicotine filter laboratory analysis in China.

IPS has conducted the testing of secondhand smoke exposure in more than 50 cities in China and has become an important source of research data for the country's smoke control studies.

The company has successfully developed primary hepatocyte and liver microsomes with independent intellectual property rights. Besides tobacco smoke testing, IPS also conducts many other environmental monitoring such as water and air quality monitoring, and investigation of pollution sources.