By using CRISPR technology, researchers were successful in designing stem cells that target inflammation in joints. 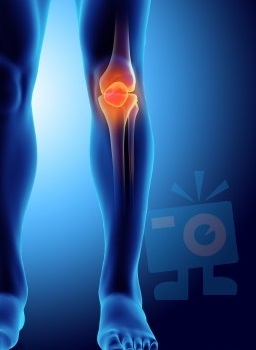 A large number of elderly individuals experience inflammation of one or more joints in the form of arthritis every day. Most pharmaceutical treatments available today, simply relieve the symptoms like feelings of pain, stiffness, swelling, redness etc. However, new research using stem cell technology may provide a “vaccine” that targets inflammation in joints, putting a stop to arthritis pain before it even starts.

Researchers have found a way to rewire mouse stem cells to fight inflammation caused by arthritis and other chronic conditions by using the gene editing tool CRISPR. This finding could pave a way for a new class of biologic drug that replaces cartilage and simultaneously protects joints from damage that occurs with chronic inflammation.

Stem cells, known as SMART cells (Stem cells Modified for Autonomous Regenerative Therapy), were developed by growing mice stem cells which were taken from the skin of tails in mice in a test tube and then were edited using CRISPR gene editing technology. Researchers removed a key gene in the inflammatory process and replaced it with a gene that releases a biologic drug that combats inflammation. Modified stem cells were grown in cartilage tissue-producing cells which then produced cartilage tissue. The engineered cartilage was protected from inflammation.

The cells were developed at Washington University School of Medicine in St. Louis and Shriners Hospitals for Children-St. Louis, in collaboration with investigators at Duke University and Cytex Therapeutics Inc., both in Durham, N.C. The research was published in the journal Stem Cell Reports. Farshid Guilak and co-author Vincent Willard may license the technology and realize financial gain if it is eventually is approved for clinical use.

Last year, a Shriners Hospitals’ research team lead by Dr. Guilak created a living tissue hip joint replacement for patients currently receiving synthetic replacement joints that eventually wear out. This advancement is key for children who need replacement joints since a living joint could grow with the child. SMART cell technology is also being combined with this discovery to grow a living joint with these same disease-fighting properties.

"We want to use our gene-editing technology as a way to deliver targeted therapy in response to localized inflammation in a joint, as opposed to current drug therapies that can interfere with the inflammatory response through the entire body," said Guilak. “If this strategy proves to be successful, the engineered cells only would block inflammation when inflammatory signals are released, such as during an arthritic flare in that joint."

Researchers have begun testing the engineered stem cells in mouse models of rheumatoid arthritis and other inflammatory diseases. If the work can be replicated in living laboratory animals and then developed into a clinical therapy, the cartilage grown from stem cells would respond to inflammation by releasing a drug that protects them from further damage.

"When these cells see TNF-alpha, they rapidly activate a therapy that reduces inflammation," Guilak explained. "We believe this strategy also may work for other systems that depend on a feedback loop. In diabetes, for example, it's possible we could make stem cells that would sense glucose and turn on insulin in response.

"The ability to build living tissues from 'smart' stem cells that precisely respond to their environment opens up exciting possibilities for investigation in regenerative medicine."

Imagine if you could treat diabetes with cells that trigger insulin production in response to glucose, for instance. This kind of automatic cell-based medicine may be years away, but it is on the horizon.