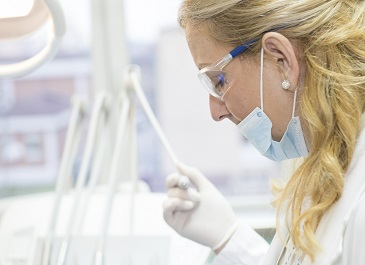 Singapore: Over the past year, many countries in Asia have witnessed an alarming rise in the number of dengue cases that account for more than 70 percent of the global dengue cases. This translates to an overwhelming 273 million dengue infections per year out of the projected 390 million cases both reported and unreported worldwide.

In light of the rapidly increasing burden, leading infectious disease experts from around the world together with government officials, policymakers and public health authorities will convene at the Asia Dengue Summit to identify strategies that can effectively support Asian countries in their fight against dengue.

The two-day Summit , which started in Manila on March 1, is organized by the Asian Dengue Vaccination Advocacy (ADVA), a scientific working group, in partnership with the South East Asian Ministers of Education Tropical Medicine and Public Health Network (SEAMEO TROPMED).

Experts at the summit will discuss the concrete steps needed to address the worrying rise in dengue cases as well as new developments in the area of prevention and control. The outcome at the Summit will help in formulating a roadmap for countries in Asia to implement collaborative and cost-effective strategies for dengue prevention and vector control measures.

Speaking at the sidelines of the Summit, Prof Usa Thisyakorn, Professor of Pediatrics at Chulalongkorn University and Chairman of ADVA, said, "The success of the inaugural Asia Dengue Summit (ADS) last year shows that countries acknowledge the need to join forces to tackle the situation in Asia. A collaborative approach which encourages the sharing of research findings, epidemiological trends, disease surveillance methods and vaccine implementation strategies will allow countries to harmonise their existing dengue prevention and control efforts. In the war against dengue countries should fight together, not alone."

"At the Summit this year, we aim to build on the on-going efforts of countries, strengthen the implementation of vector control, as well as prevention measures such as the use of the dengue vaccine that can ultimately benefit the local population," Prof Thisyakorn further added.Advocating an information-sharing approach to effectively control the disease from reaching epidemic proportions, Prof Lulu Bravo, Professor of Pediatric Infectious and Tropical Diseases, University of the Philippines Manila, said, " Philippines has been a front-runner in dengue prevention and became the first country in the world to launch a public immunisation programme.

At the Summit, we will share our first-hand experience over the last one year, which shows that vaccine introduction should be part of a comprehensive dengue control strategy, including well-executed and sustained vector control, evidence-based best practices for clinical care and strong dengue surveillance."

The Summit will serve as a platform for the sharing of best practices and knowledge exchange among countries. New models for ongoing dengue efforts such as the recent Wolbachia study conducted in Singapore, which showed that male Wolbachia-carrying Aedes aegypti mosquitoes could help in suppressing the population of urban Aedes aegypti mosquitoes, and other initiatives including community engagement and outreach programmes.