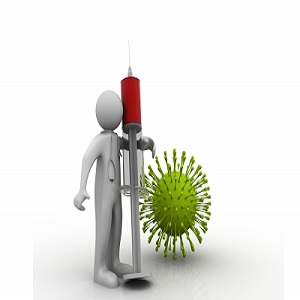 Singapore: Bringing in much needed relief to millions of people suffering from chikungunya every year, researchers from The University of Texas Medical Branch at Galveston have revealed that they have developed the first vaccine for chikungunya fever that produces a strong immune defense and completely protects mice and nonhuman primates from disease when exposed to the chikungunya virus.

The vaccine is made from an insect-specific virus that doesn't have any effect on people, making the vaccine safe and effective. The findings were published in journal of Nature Medicine. Chikungunya is a mosquito-borne virus that causes a disease characterized by fever and severe joint pain, often in hands and feet, and may include headache, muscle pain, joint swelling, or rash. Some patients will feel better within a week but many develop longer-term joint pain that can last up to years. Death is rare but can occur.

Senior author and researcher Mr Scott Weaver from the University of Texas Medical Branch at Galveston, said, ""This vaccine offers efficient, safe and affordable protection against chikungunya and builds the foundation for using viruses that only infect insects to develop vaccines against other insect-borne diseases."

Researchers used the Eilat virus as a vaccine platform since it only infects insects and has no impact on people. The UTMB researchers used the virus clone to design a hybrid virus-based vaccine containing chikungunya structural proteins. The Eilat/Chikungunya vaccine was found to be structurally identical to natural chikungunya virus. The difference is that although the hybrid virus replicates very well in mosquito cells, it cannot replicate in mammals.

Within four days of a single dose, the Eilat/Chikungunya candidate vaccine induced neutralizing antibodies that lasted for more than 290 days. The antibodies provided complete protection against chikungunya in two different mouse models. In nonhuman primates, Eilat/Chikungunya elicited rapid and robust immunity - there was neither evidence of the virus in the blood nor signs of illness such as fever after chikungunya virus infection.