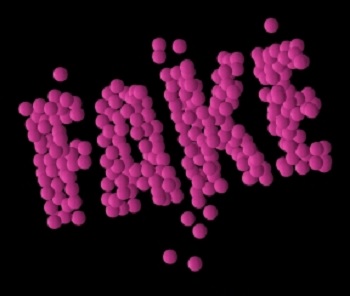 The vaccines would not have offered any protection against the disease, officials said

Singapore: Indonesian Children may have to go through the pain of vaccination again as there is a recent police discovery suggesting the distribution of fake vaccines across the country. As per reports, the fake vaccine ring has been operating in the country for more than a decade.

Officials have arrested nearly 16 people in the scandal further investigations are ongoing to determine the scale of the operation and the people involved. As many as 255 million people, mainly children, may have been given counterfeit vaccines after fakes, for diseases including TB, measles, hepatitis B and tetanus, were allegedly sold to health clinics across Indonesia for more than a decade.

The scandal surfaced after a three month long investigation, following an alert by a major pharma company, that some of its products had been counterfeited. The country's Food and Drug Monitoring Agency believes at least 12 vaccine brands have been found as counterfeits, including brands produced by GlaxoSmithKline, Sanofi and Bio Farma.

Sources state that vaccines were obtained through unauthorized distribution channels and supplied across health clinics in the country. Vaccines from nearly 30 health clinics have been confiscated.

Mr Oscar Primadi, a health ministry spokesman, said, "We are working with the national food and drugs agency to collect data and take all measures necessary. If vaccinations need to be redone then we will do it. It's not impossible."

Though there are no adverse effects reported of the fake vaccines, officials however state that the vaccines would not have offered any protection against the disease.
Authorities believe part of the reason fake vaccines are circulating so widely is because of demand from patients to use imported vaccines, which allows the drugs to come through unofficial supply chains.

"There is high demand from the upper-middle income bracket for alternative vaccines. If they want a polio vaccine, for example, they don't want those produced by state-owned pharmaceutical company Bio Farma. They want the imported vaccine. That's why there's a gap," Tengku Bahdar Johan Hamid, chairman of the Food and Drug Monitoring Agency, told the Jakarta Post.

Mr Hamid further added that there were rigorous procedures to ensure the safety and quality of vaccines distributed through the official supply chain channel, including batch testing, post-market monitoring and procurement measures.

Regulating unofficial supply channels is more problematic, he said, because there are restrictions on monitoring procurement and distribution through those channels.